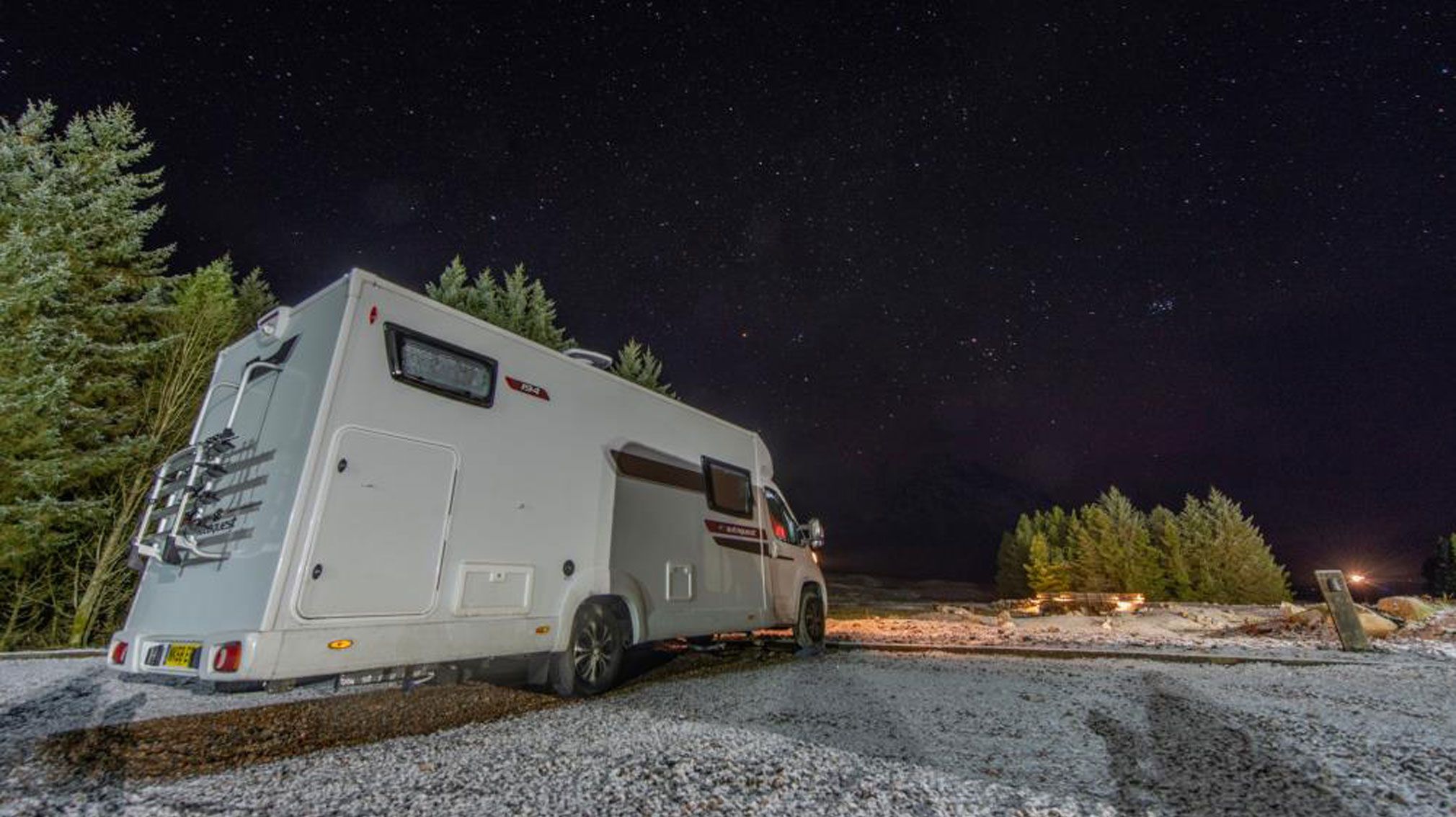 Last weekend, with my wife and daughter out of town, we decided to have boys night away in the Autoquest. Me, our son Harris and Stewart the dog. No plan other than North!

We had a spectacular drive North, with the late afternoon Spring sun casting a beautiful golden light over the Loch Lomond and the mountains further up the A82. It always amazes me how quickly you can get from Glasgow to the most spectacular scenery Scotland has to offer! Within an hour and a half we were cruising through Rannochmoor as the sun sank behind the distant hills. 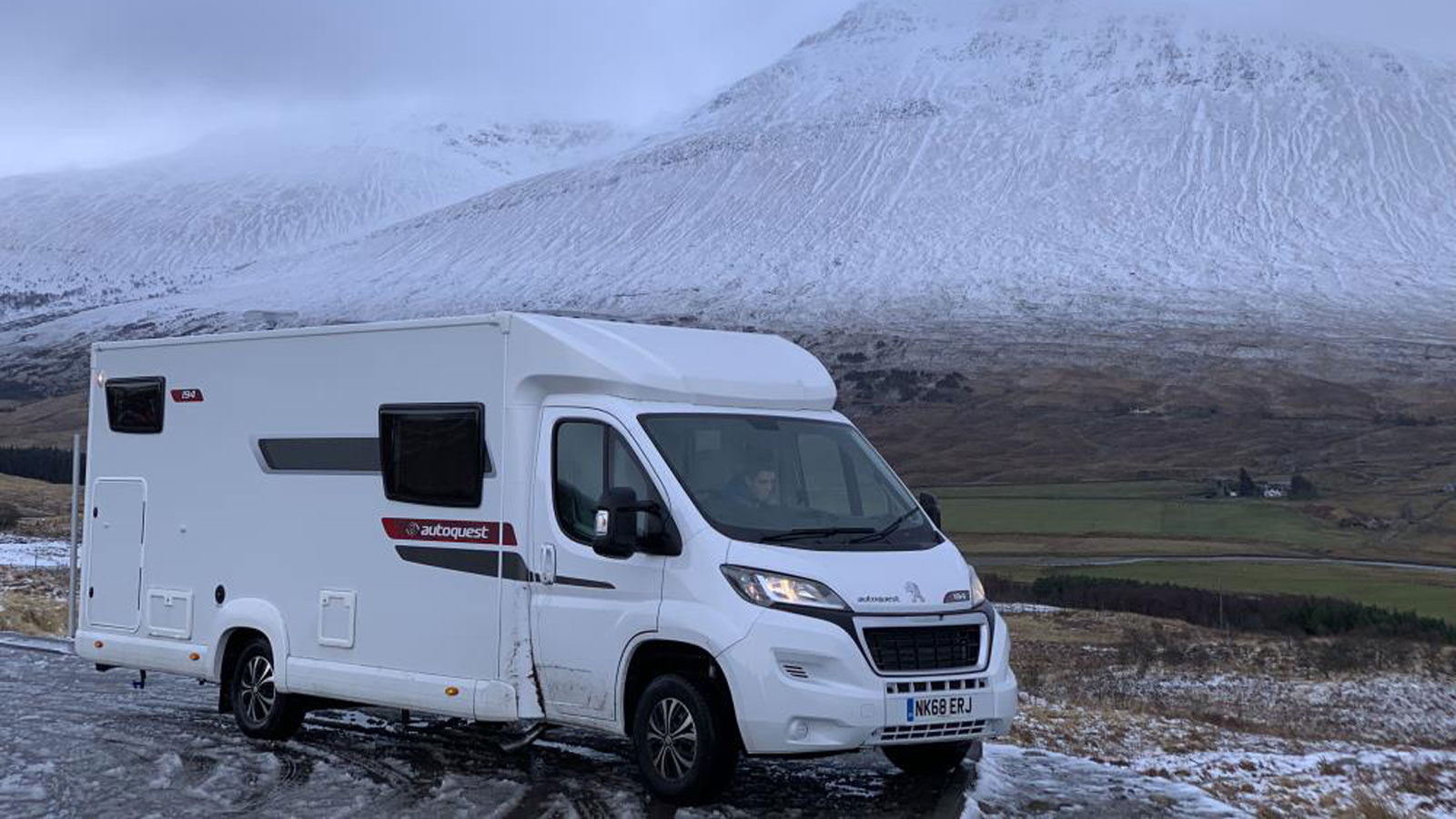 We took the drive down the breathtaking Glen Etive with a plan to park up at the very end of the road. It was only as we had driven for half an hour down the small single-track road that it occurred to me that if it snowed we could get stuck down the glen for days! We turned the Autoquest around and decided to pass the night in the car park of the newly opened Kings House Hotel in the shadow of my favourite mountain on the planet, the endlessly impressive Buachaille Etive Mòr. 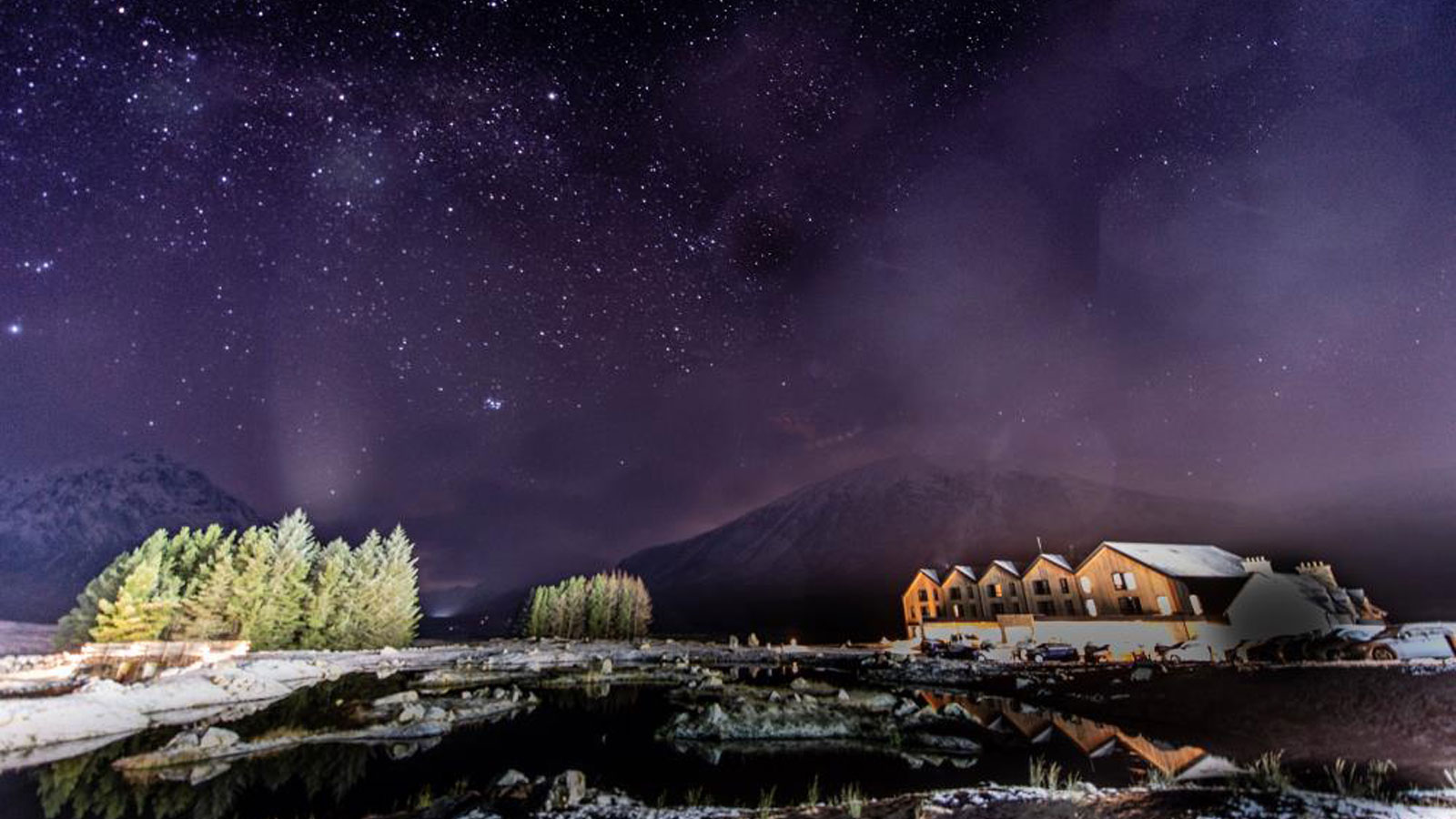 The view from the driver’s seat as we pulled up was simply amazing, as the darkening sky started to reveal its twinkling stars one by one. I popped out to prep the van and was blown away by clarity and visibility overhead. Despite the subzero temperatures I spent 20 minutes gazing skywards.

In life we spend so much time looking down, whether at a tablet, a phone or a computer, so we really should take every opportunity to look up and enjoy an incredible view that we often take for granted.

In the past the night sky was more familiar to us than it is now. I suppose in the distant past there wasn’t much else to do! We spent so much more time outside than we do now in our modern lives.

Looking up is something I do automatically, but it isn’t something that I do without thinking. The night sky makes me think. It inspires me. We may not fully understand its complexity but despite its distance from us you realise that we have a deep connection to it.

New to motorhoming, I realised last weekend that incredible night views are yet another joy of life on the road.

Our night skies are not a place of darkness but are a spectacular canvas on which is painted one of the greatest views our planet has to offer. To gaze up a clear night sky free of light pollution continues to leave me spellbound, unsuccessfully grasping for words to describe the sheer wonder of it all. 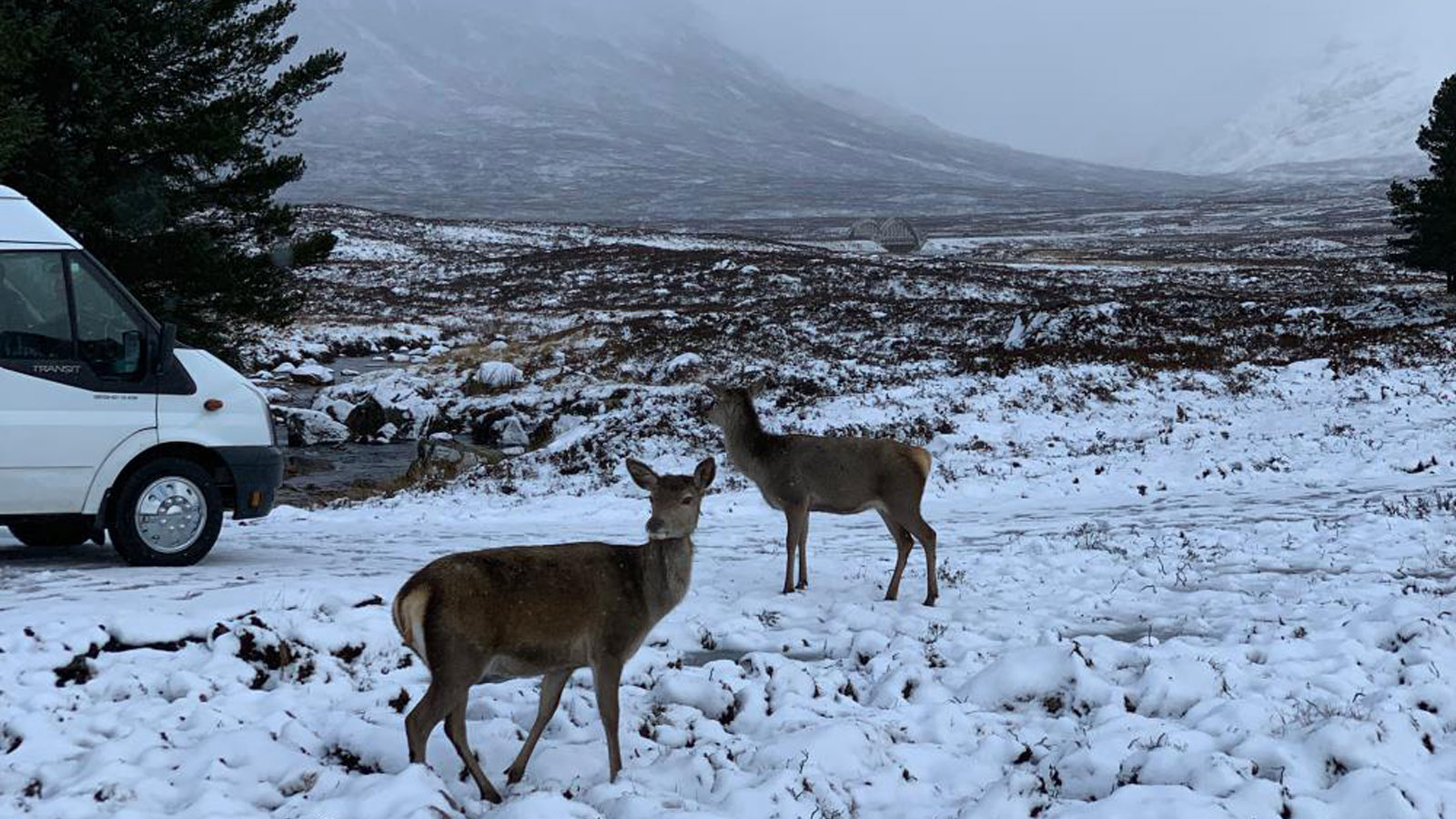 The following morning revealed yet further wonderment. Not only did Harris, Stewart and I wake up to a blanket of snow, but we also had some inquisitive pre-breakfast visitors. These majestic creatures framed in the half light and falling snow remind me again just how beautiful this country is in every weather. The perfect end to a perfect Father and Son (and dog) motorhome weekend away! 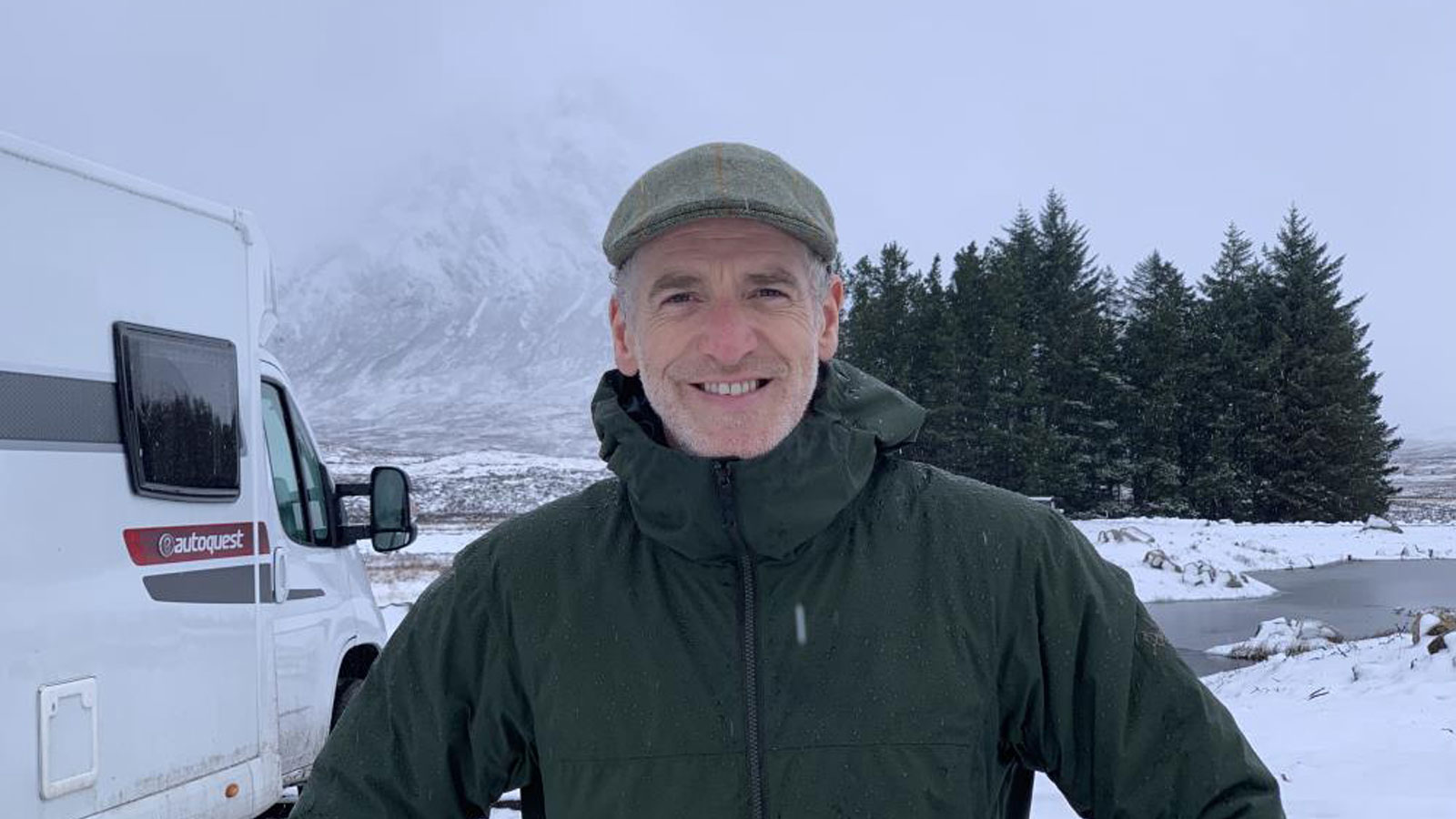