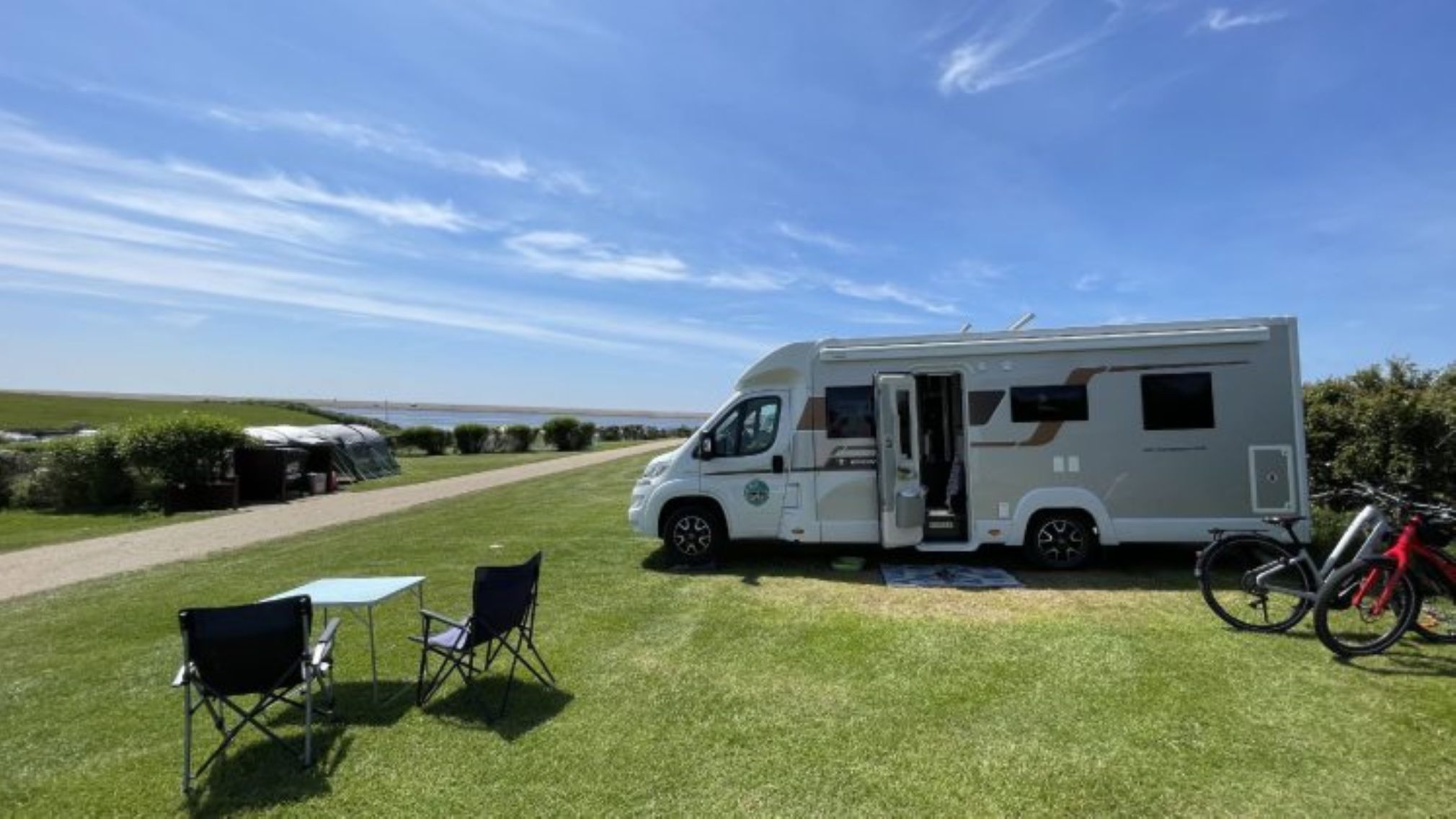 This is now our second week of travelling around the UK in Buster, (our wonderful Elddis Encore) and we have to say we are loving it. The weather has been as we expected -interesting - and for this week, while London was sunny, we here on Chesil beach have had a variety of weather, with a fair amount of sea mist and fog.

As we had Luke and Frank, the Elddis film crew here on the Wednesday and Thursday, it made for interesting and somewhat moody shots for them in the fog on the Thursday. The fog was a welcome relief from the previous day, especially for Luke with his sunburn! It’s quite amazing how we never live and learn with the sun in this country, and given the weekend’s weather we have just had, there will be a good few red bits of flesh out and about tomorrow!

Weymouth, saying thank you to our NHS and frontline workers

Monday saw us finish our time on a lovely small CL site in Wareham. The neighbours were lovely and quiet, apart from the church bells which rang all through the night. On the Monday we met up with fellow motorhomers, Gilda and Steve, who live not far from the area. They took us out to a lovely village and country pub, the Square and Compass in Worth Travers.  The pub has been family-run for generations, with stunning views to the sea, and - like most places in Dorset - on a walking path. The food was simple: homemade pasties, and you could have half a dozen free range eggs to take home with you as well, should you feel inclined. There is nothing finer, than a proper traditional English pub. England is famed for them and, thankfully, there are still some knocking around and that includes city ones as well as the great country locals.

Our Kingdom for Corfe Castle

We are now in East Fleet, still Dorset, and from our window we can see Chesil Beach. Sparing the full history of its formation, Chesil Beach is basically a sand, gravel, stone barrier beach that is 18 miles long, stretching from West Bay to Portland. It is an iconic landmark in Dorset and a haven for wildlife.

Buster with our neighbours

Dorset is famed for its South West Coastal path and, after our two days of filming, we felt that our legs really did need a step out. Nearly 17 miles later, as we returned to site at about 7pm, we realised we had been fairly ambitious. We have been doing our 10,000 steps more or less each day, but somewhere along the line we seem to have lost the amount of fitness we had back in Barbate, Spain. We’re actually blaming the jab for some of it as well, as since that we both have felt that our breathing is somewhat heavier than it used to be.

SWCP- on route to Abbotsbury

So tired after our 16 mile walk

Plains and lanes: the views have been just stunning around Dorset, with amazing wide undulating hills, farms, coastal views and all so green. When the sun shines and everything sparkles it’s just beautiful and we don’t honestly expect that to differ in any of the places we are visiting as we continue our journey around the UK.

One of the great plains on view in Dorset

The beauty that is England

The lanes are a bit of a different matter. As much as the hedgerowed single track roads are lovely, they are daunting enough in a car, each and every person hoping it’s not them that has to reverse to the passing spot. Add a motorhome into the equation and it’s even less fun. The views that car drivers don’t get over the hedgerows are lovely, but driving down them is a stomach churning moment. Don’t go on them then, we hear you cry, and we really would love not to, but sometimes there is no alternative when the campsite is down one of them. Or, of course, the dreaded Sat Nav has decided that despite programming it for dual roads, us navigating a single track one will be so much more fun. I have to say I bottled the return journey on one of our film shoot outings, as my imagination of where we were going to end up got the better of me and I’m thankful I did, as indeed the Sat Nav took us down a single track and it turned into a head-to-head with us and oncoming traffic. The car in front of us took the option that it was us that had to reverse and so with his reverse lights on we had no option but to reverse as well. Thankfully, all went well, and as soon as the traffic cleared, we all sped down the track as quick as we safely could. A bit more investigation work is needed before we trundle off next time.

Lanes, a lovely quiet one for us cyclists and not a stray motorhome to be seen!

Having said that, these single track country roads are also a haven for us cyclists. Lycra clad ones or us electric junkies. No cars or lorries are forgiving on the fast moving A & B roads, and so even with the odd lost misguided motorhome, or locals ducking and diving, cycling is much safer and nicer.

Plains, lanes and Jersey potatoes, what could be finer? This time last year we were locked down in Turkey and, like everyone, wondering how this whole pandemic situation was ever going to end. We are of course still wondering that as well, to a degree. But during that period back then, thoughts really turned to home and the torturous tormenting of folks there going on about my beloved Jersey potatoes. Since my childhood, my life has been dominated at this time for year by these beloved little taste bombs and last year of course there were none for us over in Turkey. The fruit, and food in general in Turkey was outstanding, everything seasonal, but there’s not a new potato that can touch a Jersey. Beyond Covid, missing my family and friends, last year was the first without the first expensive crop of them. This year, however, we are here and since arriving back, we have had Jerseys everywhere we possibly can, with friends and family piling them on our plates at every given opportunity. And for me, once again, no shop, supermarket or stall can be passed without them being in my basket, even when there is a pile of them still to be used. Obsessed? Yes, for sure, but long live the Jersey!

After Jerseys, crab sandwiches are my favourite thing

Carry time for a tired pup

The sun is still shining here in East Fleet, the sea is sparkling and Chesil beach is looking magnificent. Plus, England have won their first footie game in the Euros - life is good! 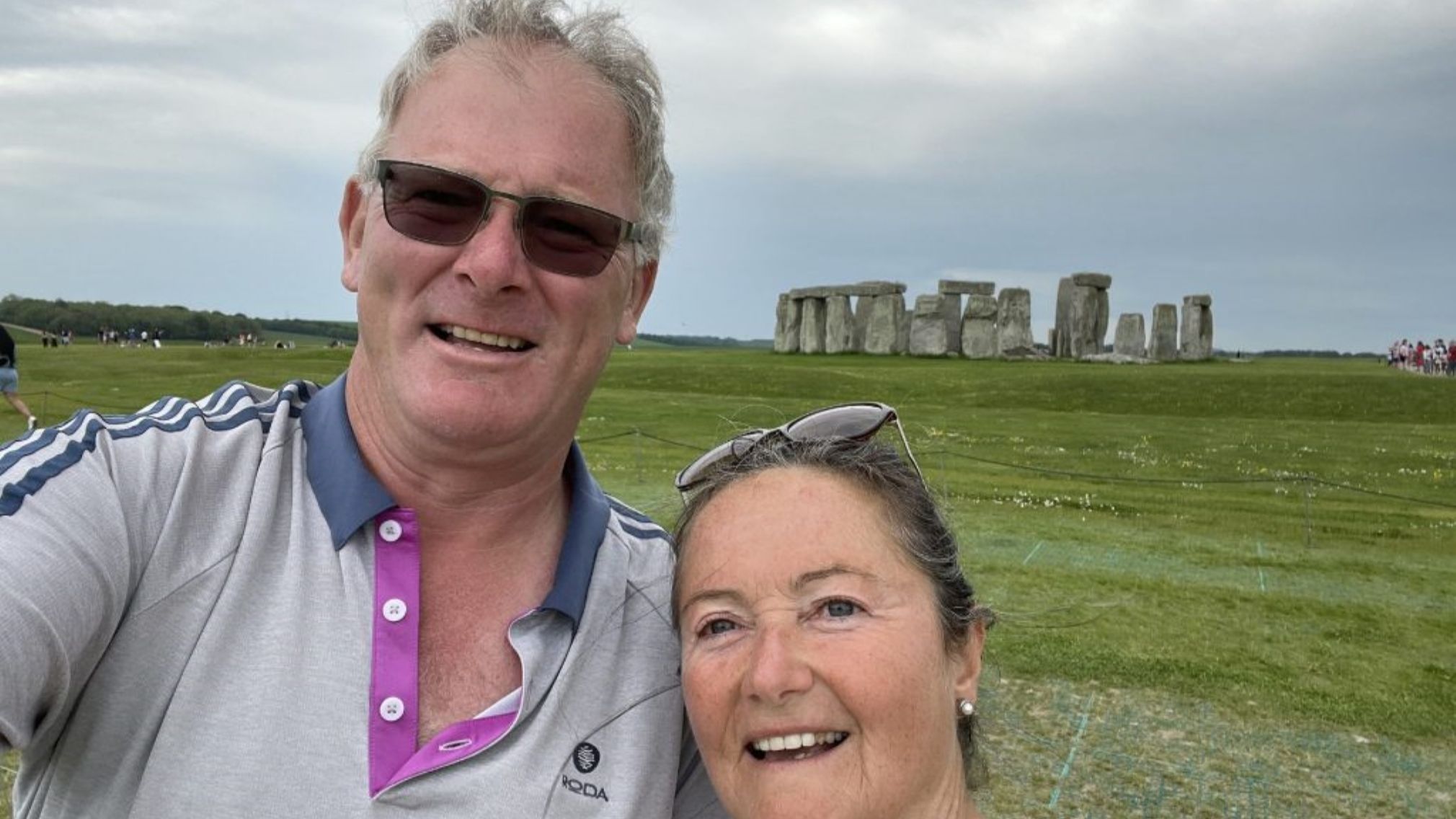 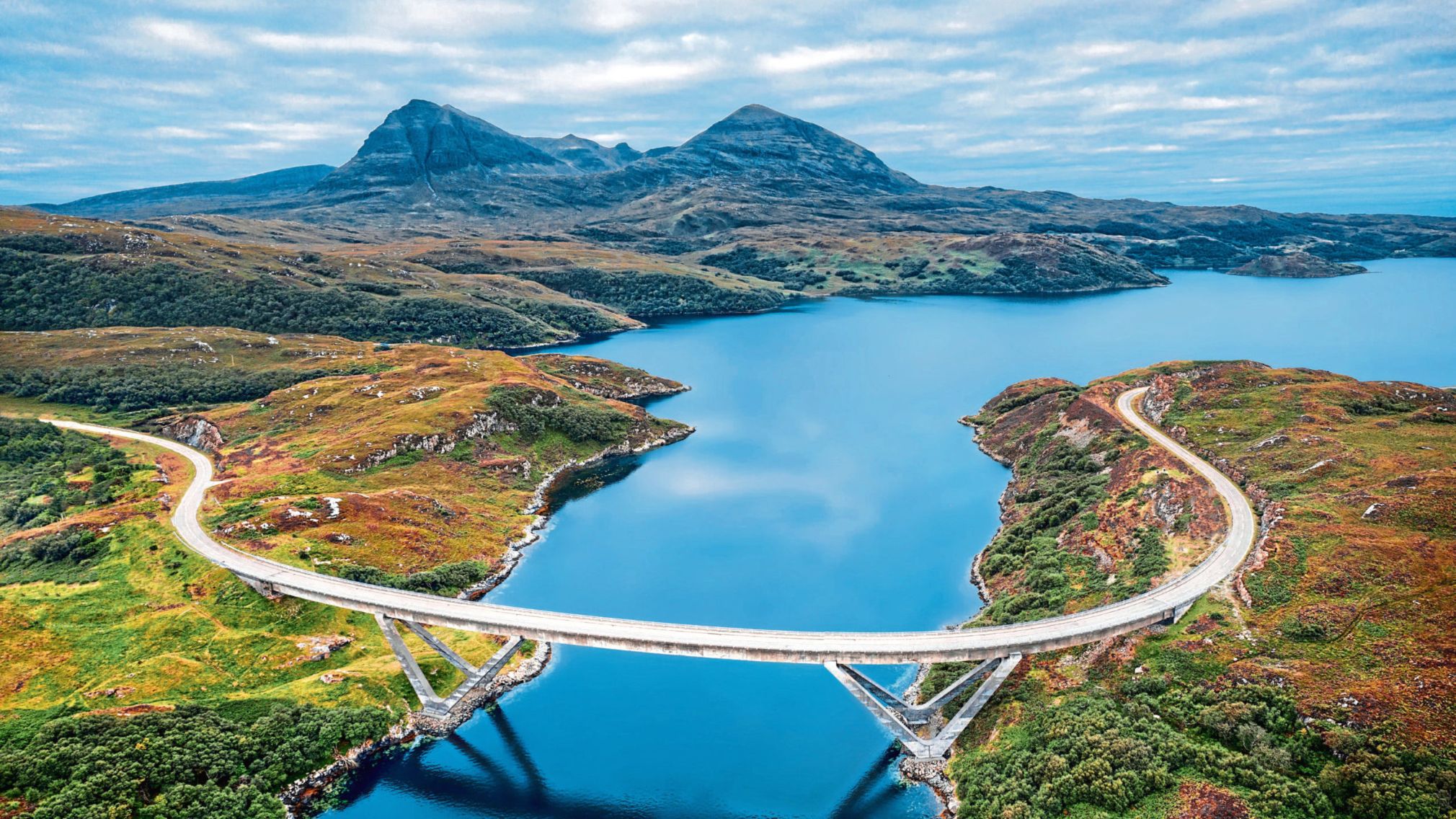 Dreaming of your next big adventure? Inspiration: Explore Scotland by Caravan, Motorhome or Campervan 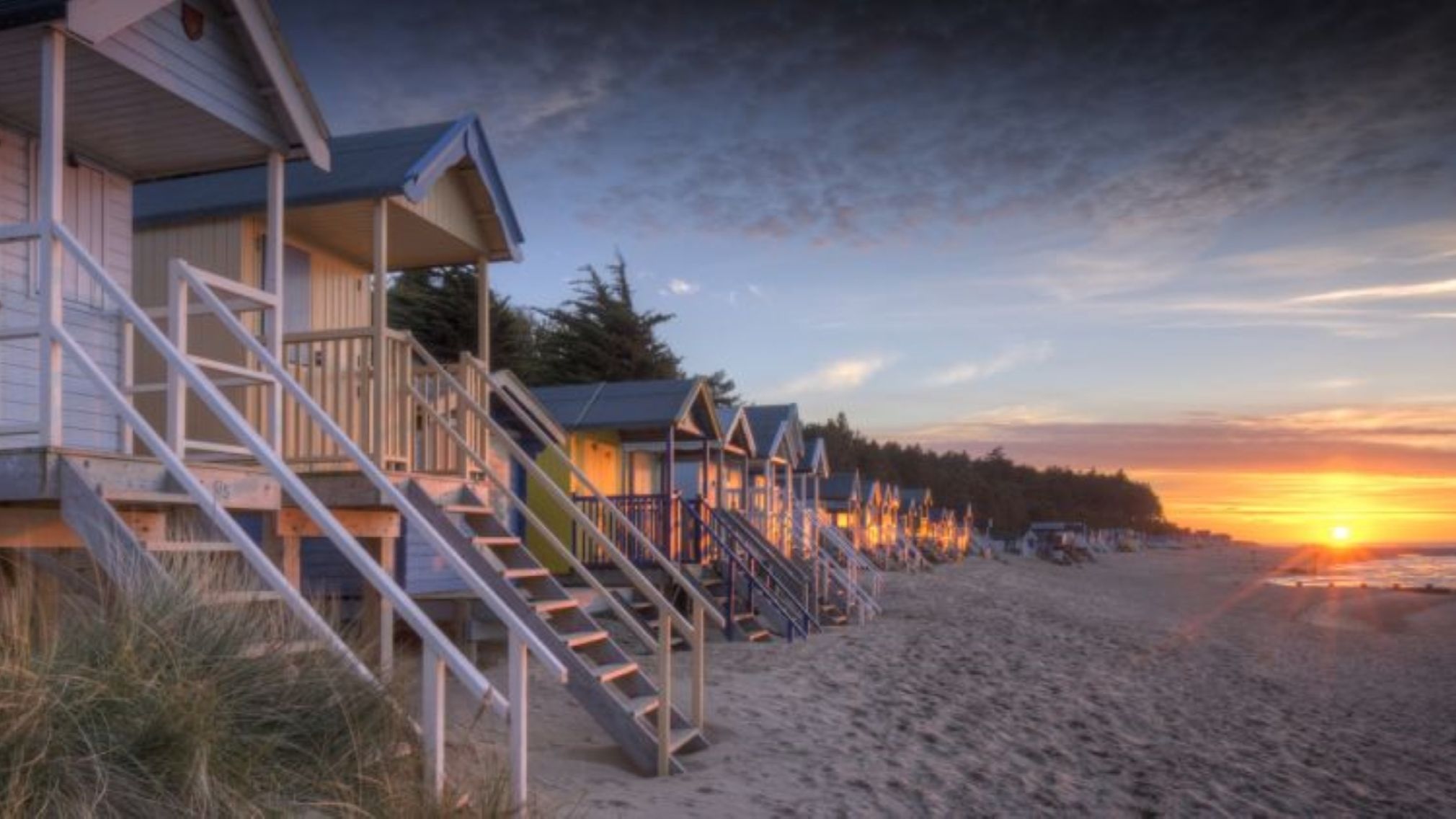 Dreaming of your next big adventure? Inspiration: North Norfolk – Coast and Countryside