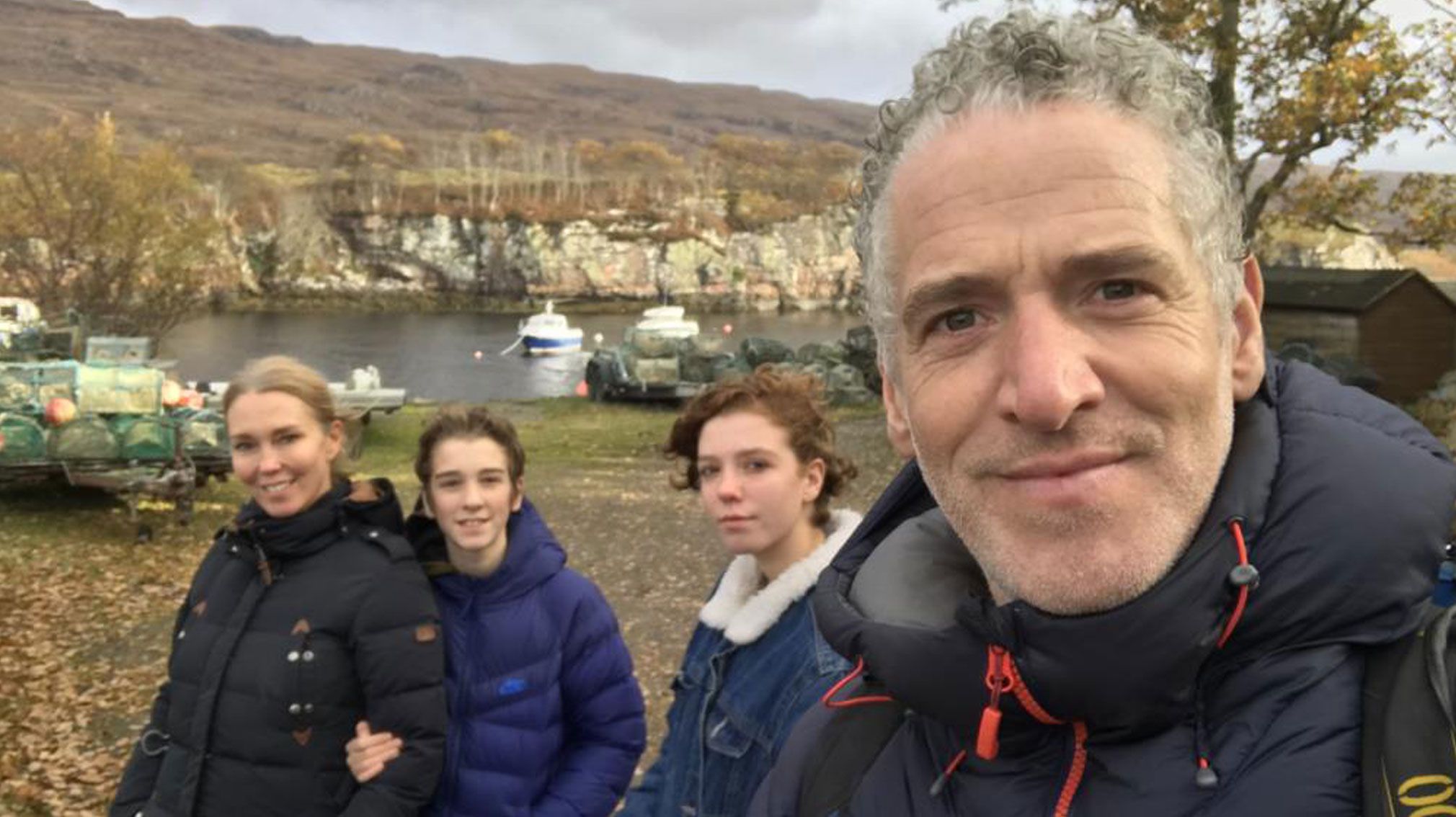 Back in October during the kids’ midterm break we set forth on our first adventure in the Elddis Autoquest 194. I spend much of my year on the road travelling all over the world leaving family and home comforts behind so it was exiting to be taking to the open road in absolute comfort with my wife Wendy, our two kids Lola and Harris and Stewart dog in tow.

The Autoquest is a great size – roomy and really well proportioned inside but whether driving in town, on the motorway or on country roads this motorhome seems somewhat of a tardis. It really didn’t feel to me like I was driving a large vehicle. The raised driving position of any motorhome gives even the most familiar routes a new view so it was great to head along some well known routes and ultimately explore terra incognita as far as my ventures west of Inverness go.

We had a loose plan, which was really no plan at all. It was roughly this: Head north, spend a night just outside Inverness, visit the Culloden Battlefield Centre and then head west, then north to cover as much of the North Coast 500 as we could in the time that we had.

But all the best plans are subject to change. We spent the night at the Fortrose Bay Campsite. We’d planned to head out for dinner but feeling decidedly cosy in the motorhome we opted for dinner in our home from home.

The campsite is only about one mile walk from Channonry point, famed as one of the best places in the UK to spot Bottlenose dolphins. An hour after the tide starts to turn is the best time to go but on that morning there were no dolphins to be seen. Unpredictability comes with the territory when it comes to wildlife spotting. I wasn’t disappointed, the lighthouse and the views across the Moray Firth to Fort George made the walk more than worth it.

I hasten to add, this walk I took alone (well, me and Stewart) and when I returned the Autoquest was still thrumming with the snores of the rest of the family. Breakfast was cooked, eaten and we were back on the open road. There is a lot to say about Culloden Battlefield and visitor centre but I’ll keep it brief. It’s a haunting and emotive place. It has great coffee, great food and great staff. If you haven’t been before, you really must go.

The on the spot plan was to head to Applecross. Despite being ‘West Coaster’ myself, this was a place that I had never been to but have always longed to visit. My slight disappointment on looking at my watch as we passed Inverness was that it would be dark by the time we started to climb what has been described as one of the ‘Best Drives on the Planet’.

The total distance of this somewhat legendary road from near Ardarroch at the head of Loch Kishorn over the pass to Applecross is just 11.4 miles but believe me it can seem much longer.

The road lays down the gauntlet with its justified warnings at the start. Like a rollercoaster stating warnings and restrictions, a big blue sign has been erected where the standard road ends and the Bealach Na Bà begins: “This road rises to a height of 2053 ft with gradients of 1 in 5 and hairpin bends,” there is a definite “here be dragons” feel as it continues to state in capitals “NOT ADVISED FOR LEARNER DRIVERS, LARGE VEHICLES OR CARAVANS.” Beneath is a second sign advising those in such categories to take the low road, via Shieldaig and Kenmore.

There are innumerable accounts detailing the spectacular scenery. Countless superlatives describing the views of the breath-taking hairpins of the descent but for us the term ‘white knuckle ride’ immediately sprang to mind. As we began to climb from sea level not only was it pitch black but we were also headed above the cloud line where our view was limited to about four meters in any direction!

I can’t remember a greater feat of concentration than my navigation of this road. I’ll describe the scene in the motorhome. Stewart the dog fast asleep. Harris, oblivious, hardwired into his iPad. Lola, fizzing with excitement (she’s somewhat of a thrill seeker). Wendy was (to put it mildly) petrified and for me it was 100% focus. There was no sense of relief as we summited. What goes up must come down and the descent where the gradients approach 20% was every bit as nail biting as the climb up. The dialog in the motorhome was set to emergency protocol, limited to progress status and frequent reassurances but as we pulled up on the shore front in Applecross I looked over to Wendy, whose eyes were like saucers and said ‘at least the road was quiet’.

I can’t say in those conditions that the Bealach Na Bà was pleasurable experience (and definitely wouldn’t recommend a nocturnal attempt to others) but it was certainly memorable. Fortunately the Applecross Inn has a wide selection of ‘medicines’ behind the bar for the relief of such trauma.

For those who love rugged landscapes, the low-key vibe of remote communities and great food, Applecross is a haven. We were so enamoured by its charm that we decided to abandon our North Coast 500 plan and spent the remainder of our time exploring the Applecross peninsula. The Autoquest really was a home from home, a cosy place to dodge rainstorms and a perfect base to walk in the woods and explore the dramatic coastline.

On our final morning I commented over breakfast that on our way home we’d finally get to see and experience one of the best drives on the planet in the day light. Wendy very quickly replied ‘no way’ (as I remember she inserted another word between the ‘no’ and the ‘way’).

We opted for the equally stunning coastal route via Shieldaig. Our first trip in the Autoquest was everything a great adventure should be. I’m so lucky, I have a rewarding and exciting job but the downside is time away from family. So to explore beautiful places not only in comfort but also in the company for the most beautiful people in my life was perfect. The Applecross peninsula has a magnet pull and we will definitely be back, though next time I think we’ll take the route over the mountains during the day in an attempt to keep the terror to a minimum!...