Gordon Buchanan gets Mhor than he bargained for! 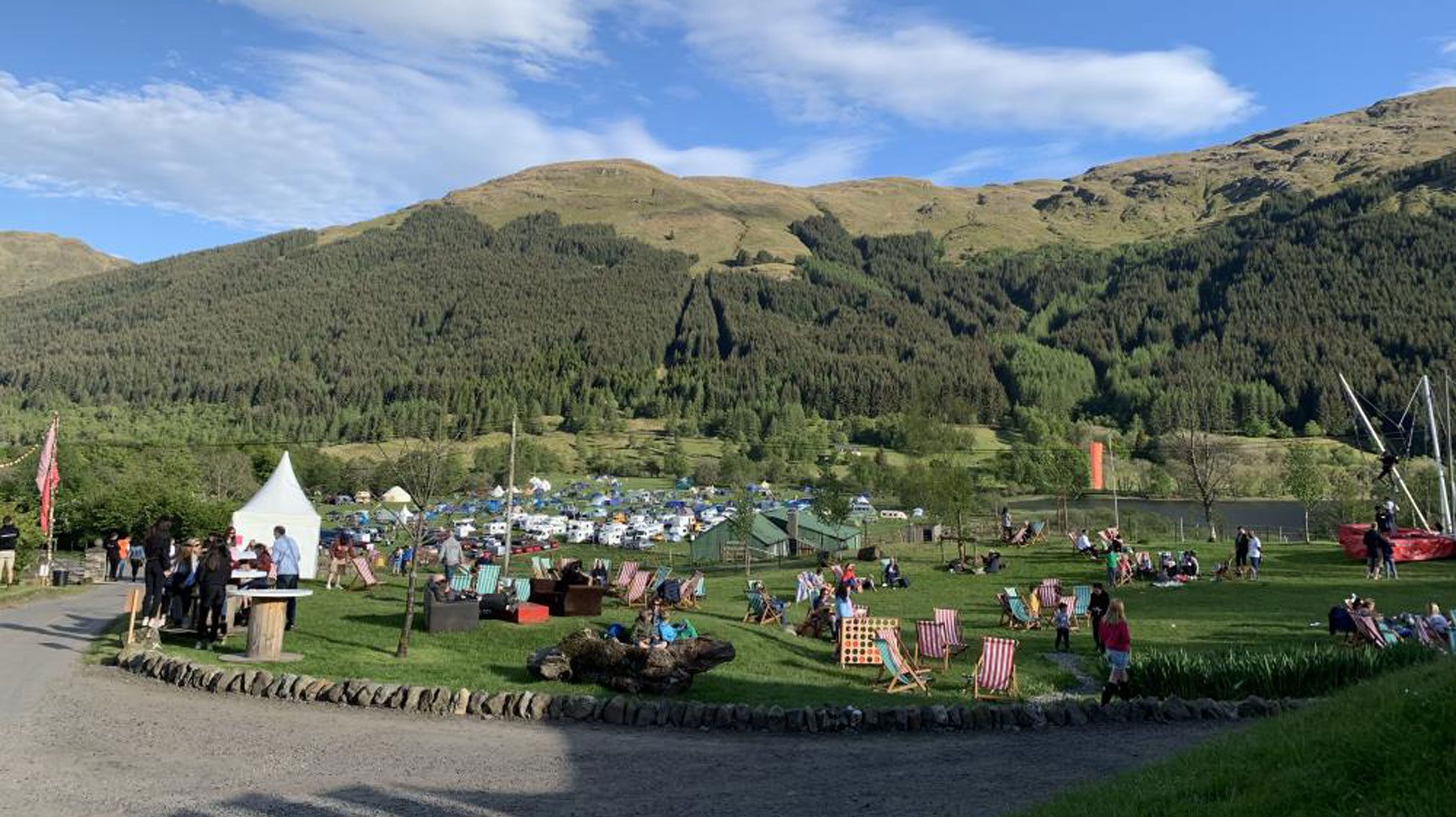 As soon as we took command of our Elddis motorhome back in October, one date in the diary immediately sprung to mind - and we knew that the Autoquest would bring a whole new level of comfort to our now annual family trip. The Mhor Festival has become somewhat of a pilgrimage ever since we first found out about it, back when I was filming golden eagles in the area some years ago. 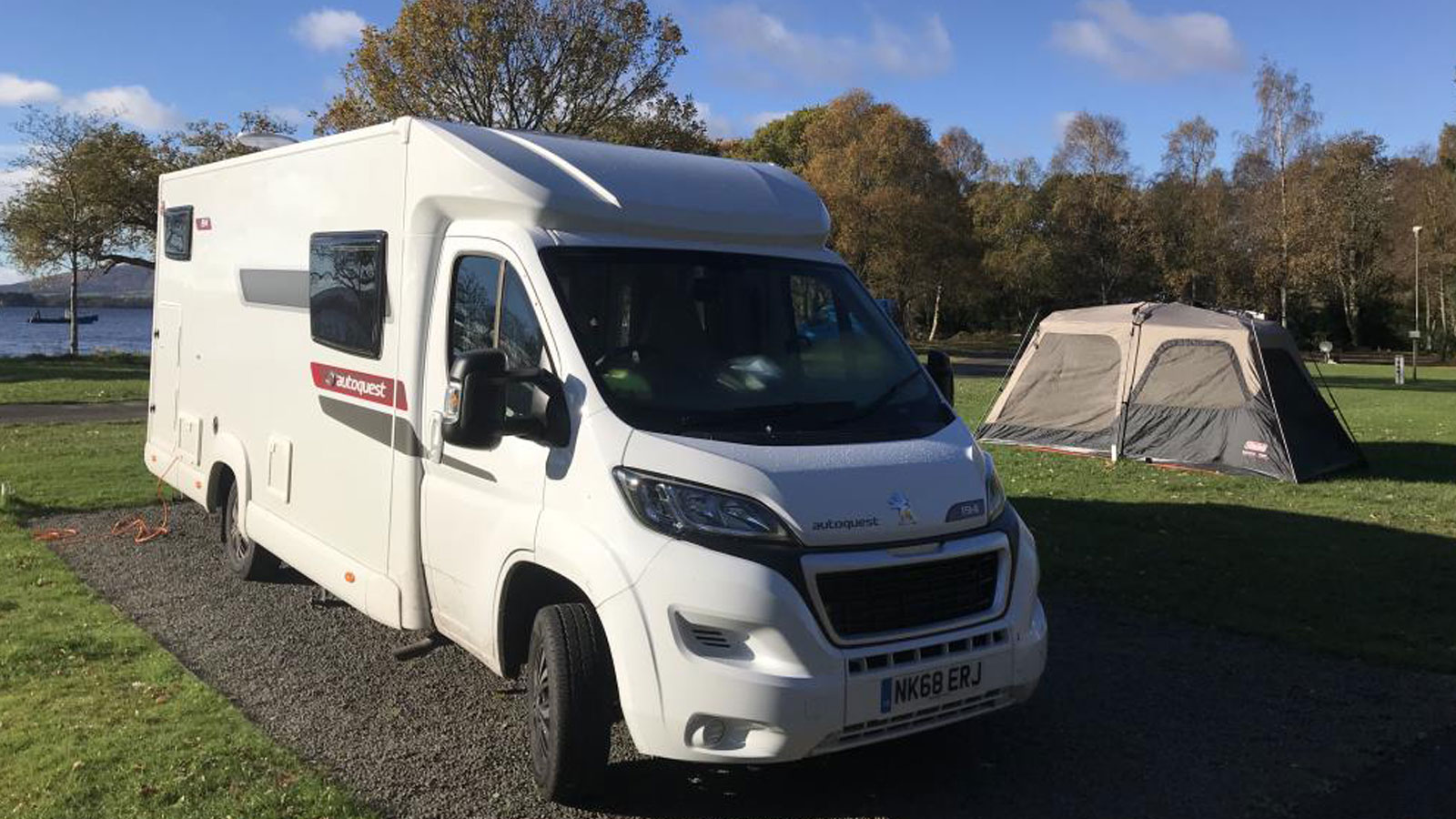 It is one of the loveliest small festivals in the world, set in one of the most stunning locations in Scotland. At the end of Loch Voil in the Trossachs is the wonderful Monachyle Mhor Hotel which has set the stage for weekend long festival since 2012. The festival is an eclectic affair (in a good way) with a little bit of everything thrown in but at its core is great food, great music and family fun. In short, It’s simply a super-chilled weekend in a gorgeous part of the World. 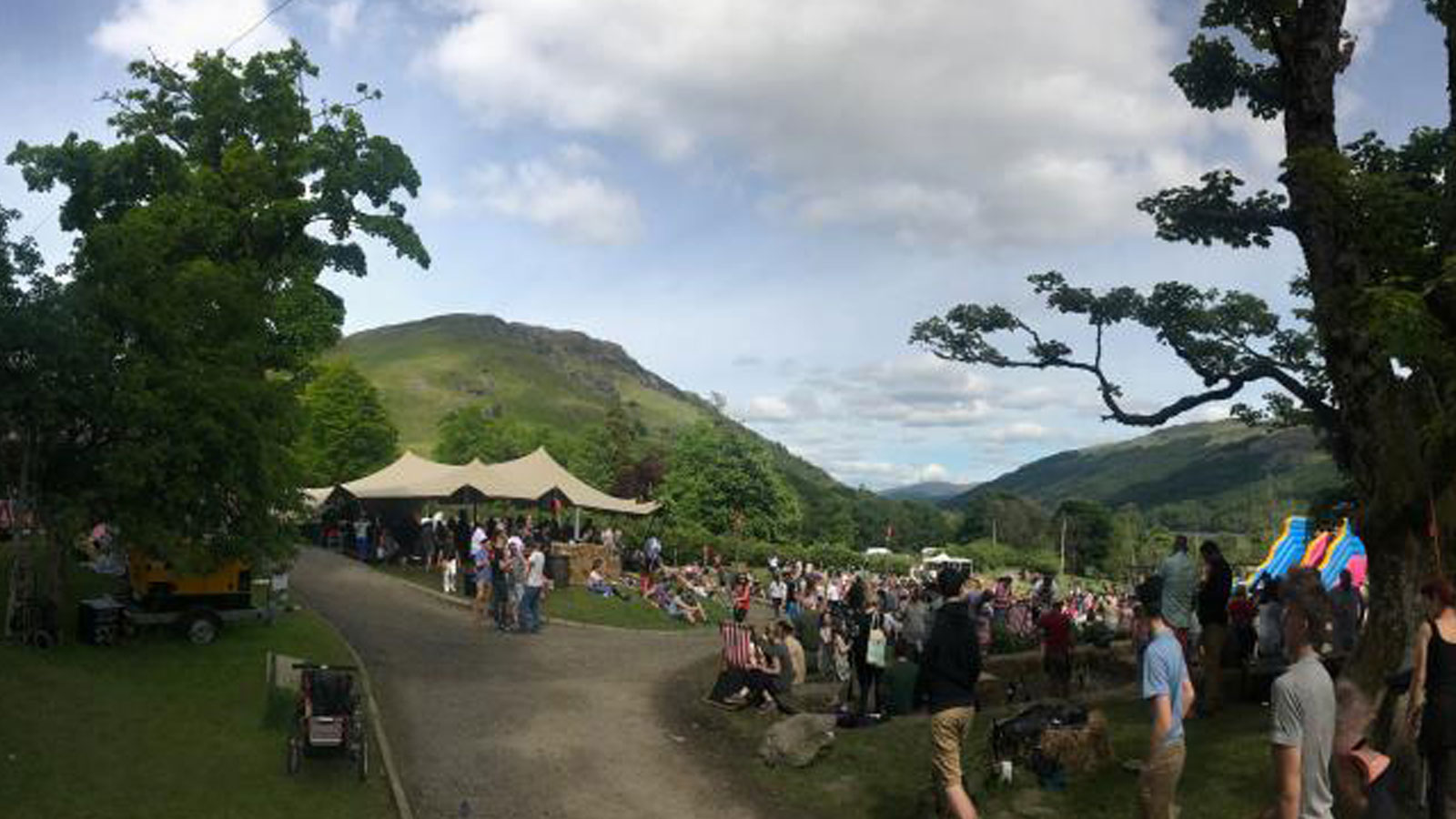 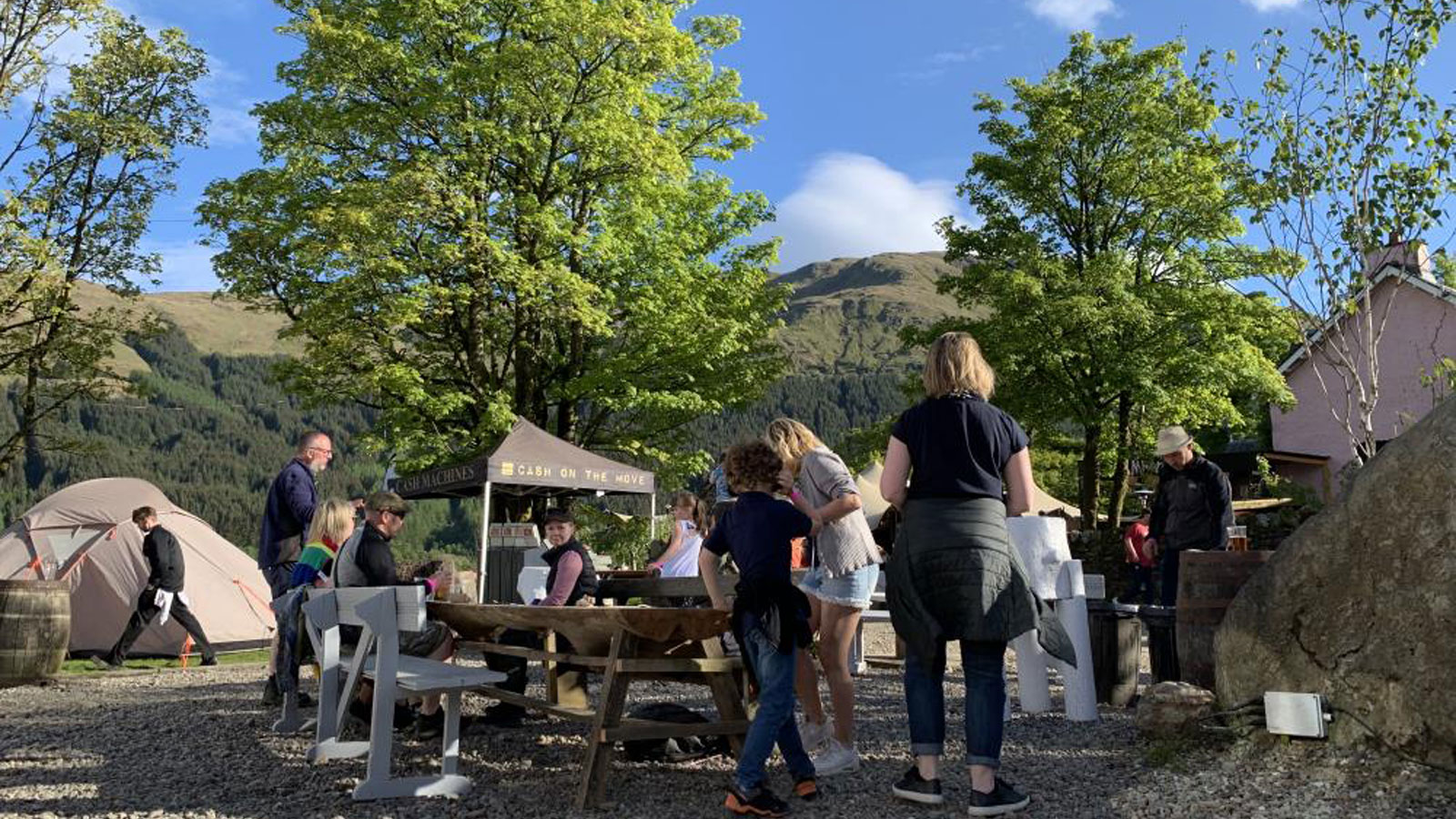 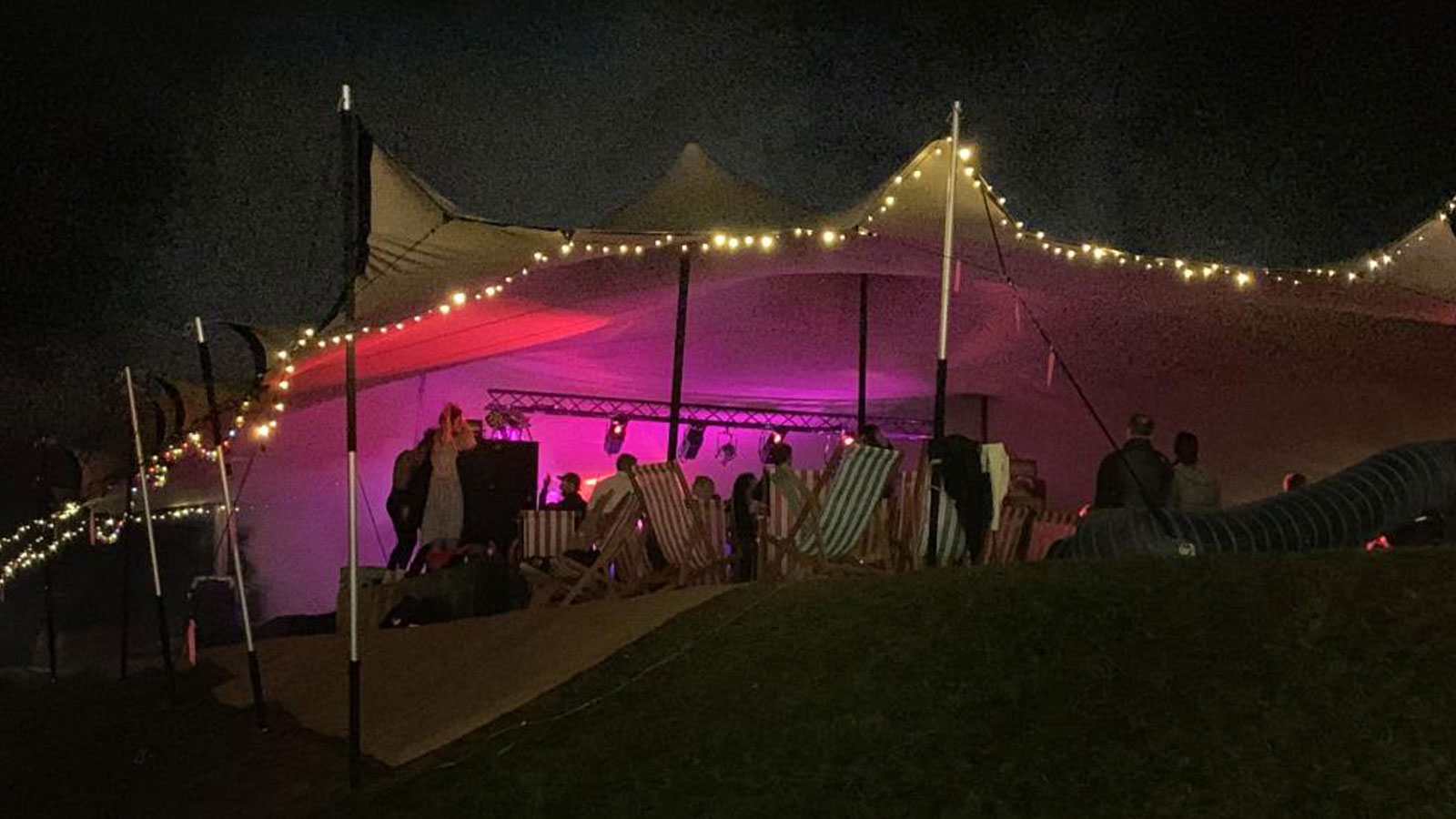 The hotel itself is open year round and I’ve had the pleasure of staying there a couple of times in the past. I could go on at great length about what makes Monachyle Mhor so wonderful, how relaxing the vibe is, how amazing the food is, how warm and welcoming the staff are, how stylish and tasteful the whole experience is but this is a blog about the festival. When it comes to the festival basically the same applies, but with the festival you have to sort out your own accommodation if you weren’t quick enough to book a room, a yurt or one of the bell tents on offer for the festival weekend at the end of May.

The first year we attended Mhor Festival we were under canvas living the camping dream for the first half of the weekend and the camping nightmare for the second. That very spacious (and very cheap!) 8-person pop-up tent that I bought in the states years ago was designed - I think - for the Mojave desert and not the Scottish Highlands. Its ‘water proof design’ wasn’t something that seemed to have been rigorously tested. The popping-up part of the design was spot on, couldn’t fault that, but the water proofing, not so much... It didn’t leak so much as absorbed moisture from all available sources!

Having the Elddis Autoquest at our disposal this year meant that tents, mud, rain and associated camping discomfort were far from our minds. This year we would languish in comfort in our home from home. Warm and dry with our own bathroom, no public showers. We’d be sorted and possibly the envy of every festival goer!

As it turned out there was a last minute addition of our kids’ friends to accommodate. So I had great idea of bringing the 8 person tent complete with a tarpaulin to sling the kids and their friends in. Leaving the motorhome to just Wendy and I. Total child free luxury!

Friday was glorious. The sun was shining and there was nothing to do but to relax and soak up the atmosphere. The motorhome was uncluttered by teenagers and teenager-associated devastation and Wendy and I had a joyous night. 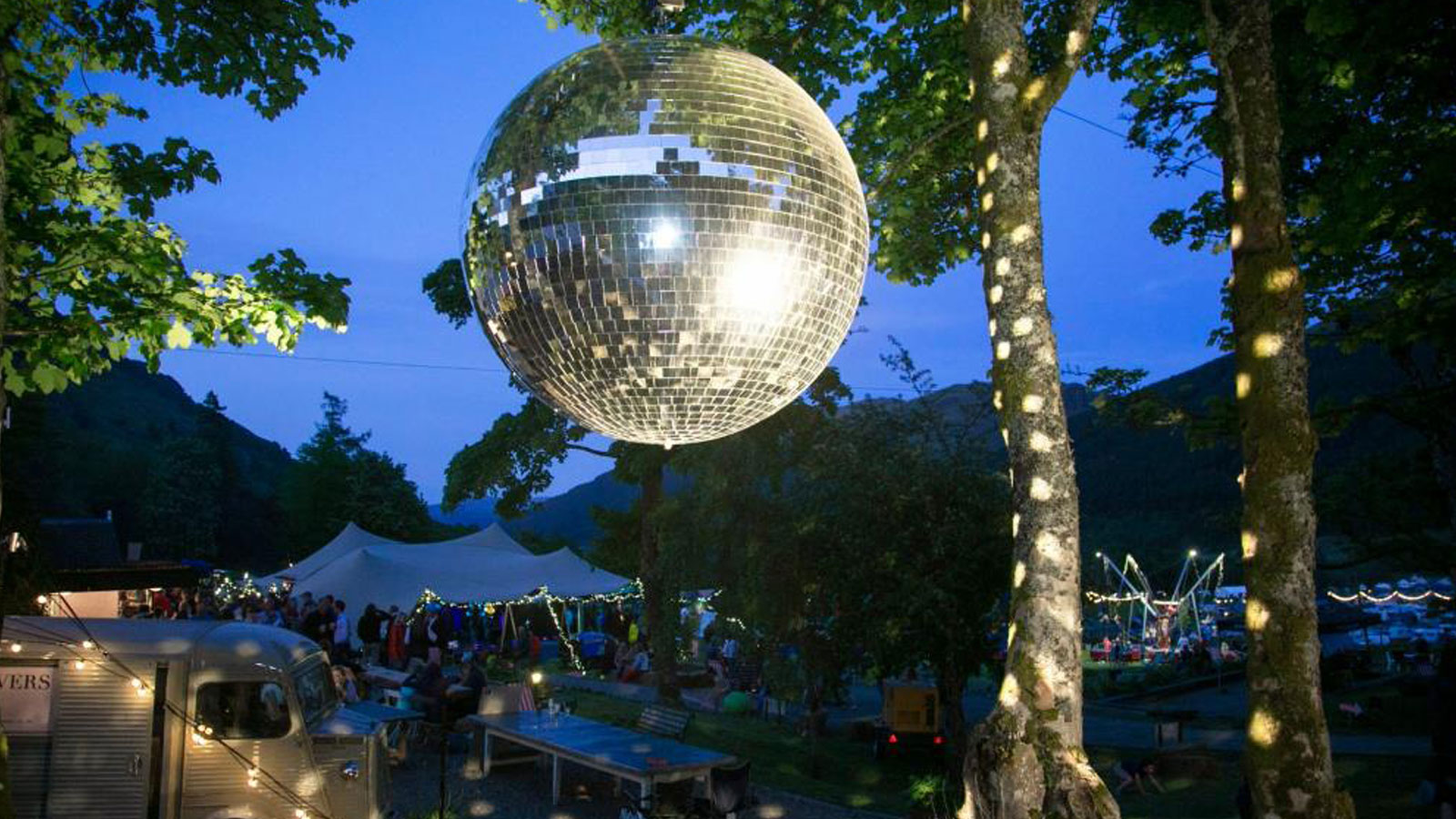 On Saturday the weather took a bit of a turn for the worse with some heavy showers but a cider or two through the day ensured that the weather wouldn’t spoil the weekend. In the evening the showers continued, accompanied by a bit of wind meant that a couple of glasses of wine were needed to ensure that the weather could be overlooked.

We sent the kids off to bed at the appropriate hour and continued to enjoy the merriment which can go on till the very wee hours. We headed to bed at what we thought was a sensible hour but wish that we had gone much earlier. Preferably at the same time as the kids. And for good reason. We quietly slipped into the Autoquest mindful of not waking four sleeping teenagers in the neighbouring tent.

The immediate impression on entering was that we hadn’t only been burgled, but we’d been then visited by the Cat In The Hat and ten or more Gremlins. If you haven’t seen either of these films the reference will be lost on you, but in short the kids had made as much mess as can possibly be made in a motorhome in a two hour period. Clothes, packs of cards, board games, food, welly boots, more food, another pack of cards, all creatively distributed.

When it comes to late nights and a desire for sleep, a bit of mess can be overlooked. Clutter can be sorted in the morning. Preferably by those who had made the mess. What was harder to overlook were the four teenagers who had commandeered all sleeping areas of the Autoquest.

1. Wake the kids and direct them towards the tent.

2. Don’t wake the kids, but pick up their sleeping forms and throw them into the tent.

3. Head to the tent ourselves. 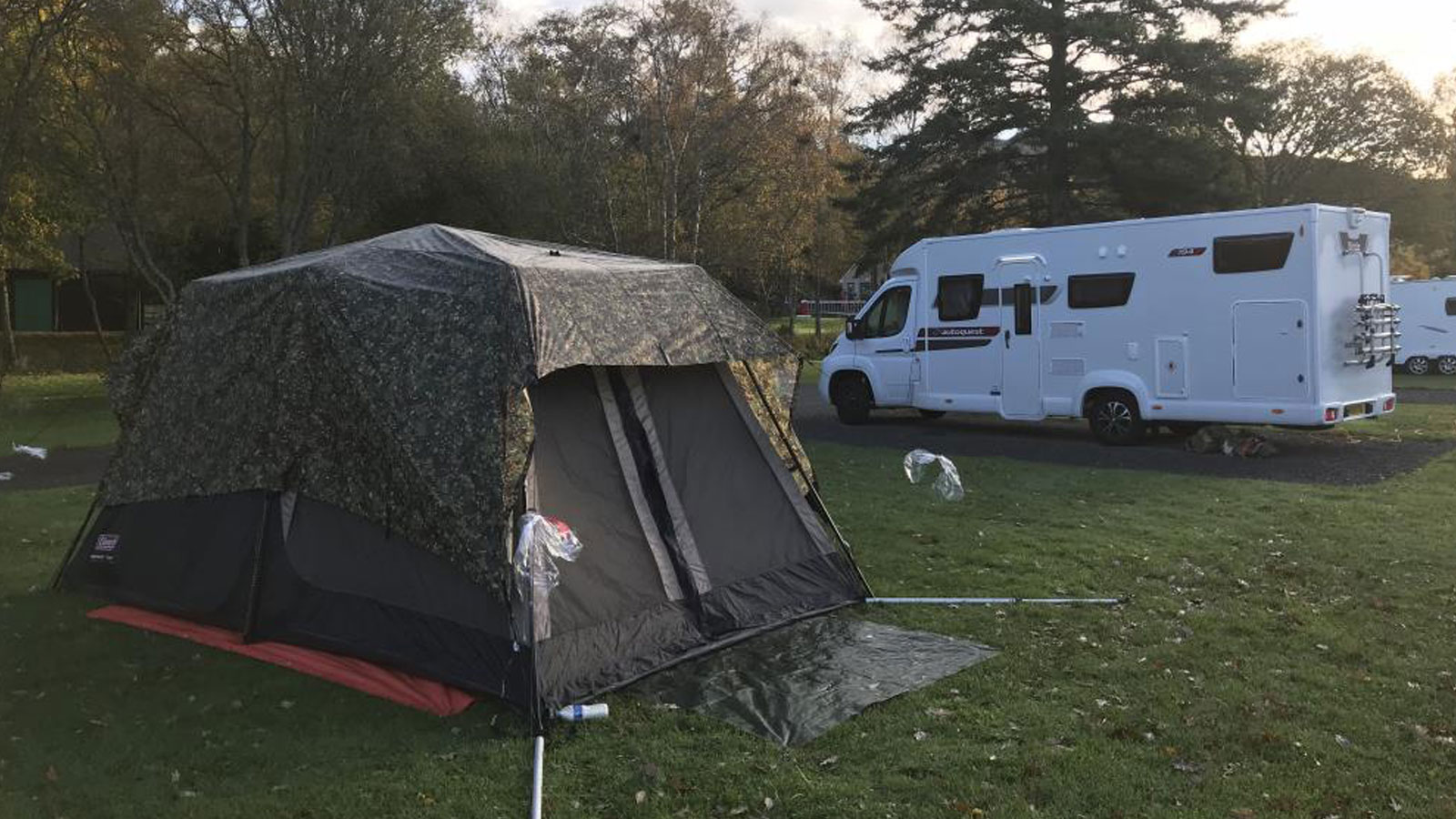 Don’t get me wrong, I love camping. Over the years some of my best nights’ sleep have been in tents. I always feel at peace with the World under canvas, so at 2am the third choice seemed the perfect option...

I woke the next morning with Wendy laughing at me. It seemed that the constant heavy droplets of water splashing off my forehead had some kind of comic value. I had been acutely aware of this dripping for quite some time, but wherever I put my face there seemed to be another drip. I had also been acutely aware of the impressive puddle I was sleeping in. Puddle doesn’t really do it justice, it was more of a pond. The kind of thing you could sail a remote control boat in. But wherever I moved my body to, there was just more puddle.

I swam to the door of the tent (not really, I just waded) and popped outside to see that the tarpaulin had blown off my end of the tent sometime before the massive deluge in the night.

$199 for an 8 person tent is still, I feel, a bargain and if ever I am heading to any part of the World with 0% chance of rain and in need a speedily erected tent, it’s the perfect choice but I will never, ever, ever use that tent again in Scotland... But if I do, I’ll hang on to the motorhome keys and give the kids a couple of life jackets and a sowester! 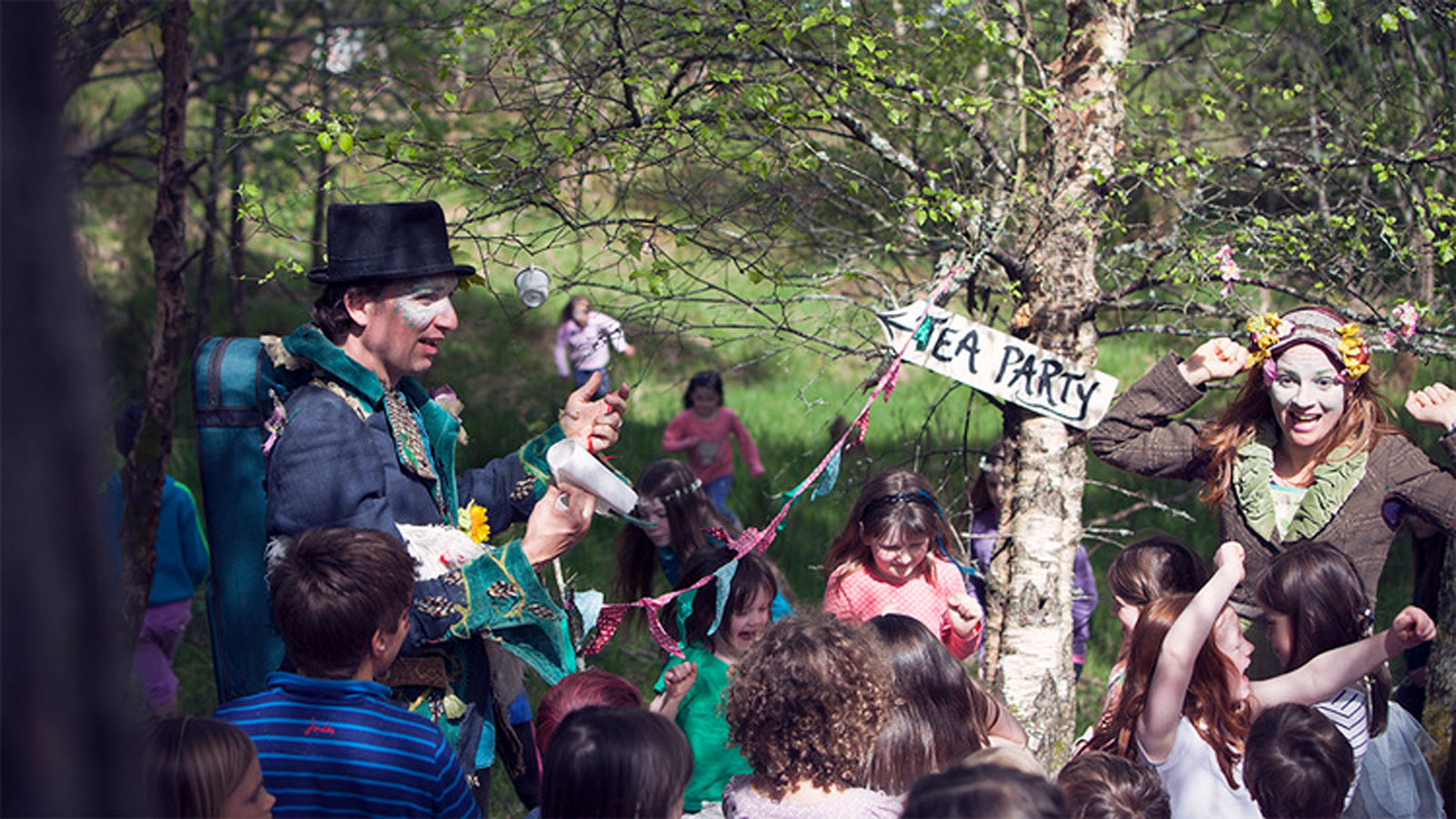 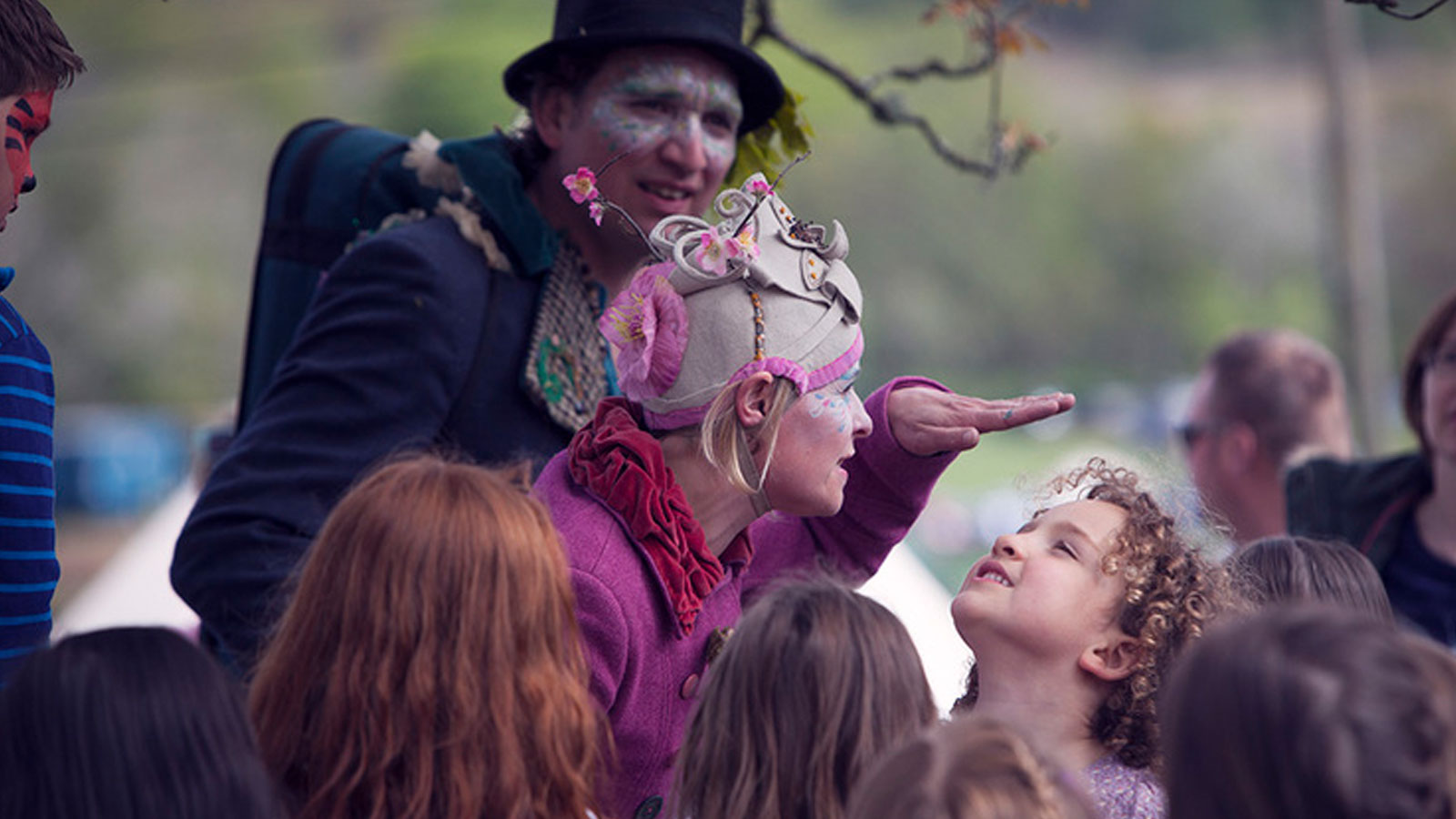 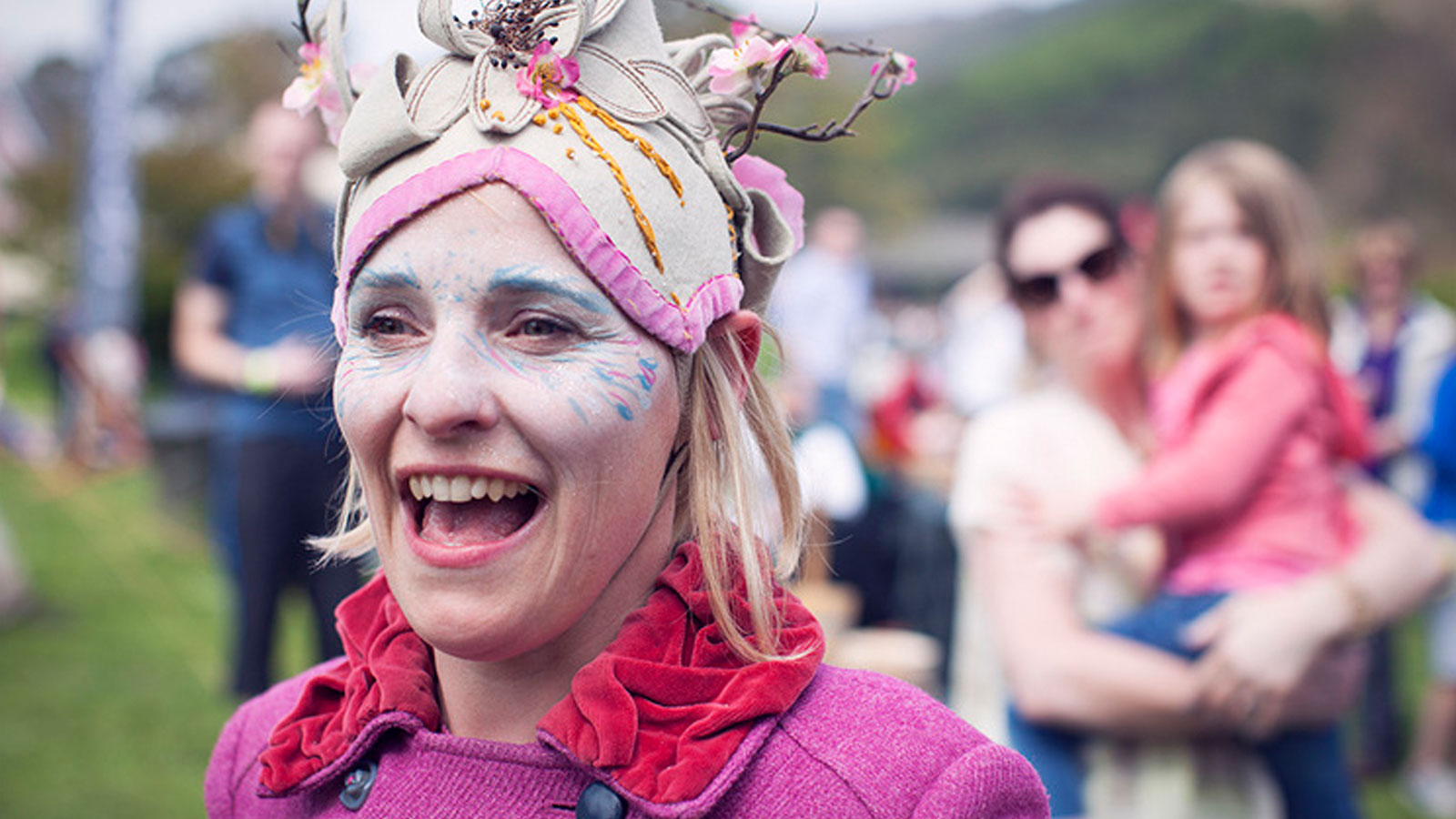 Ditch the tent and do it in Elddis motorhome style. Find your nearest Elddis and Compass Motorhome and Campervan Retailer and Get the Best Deal