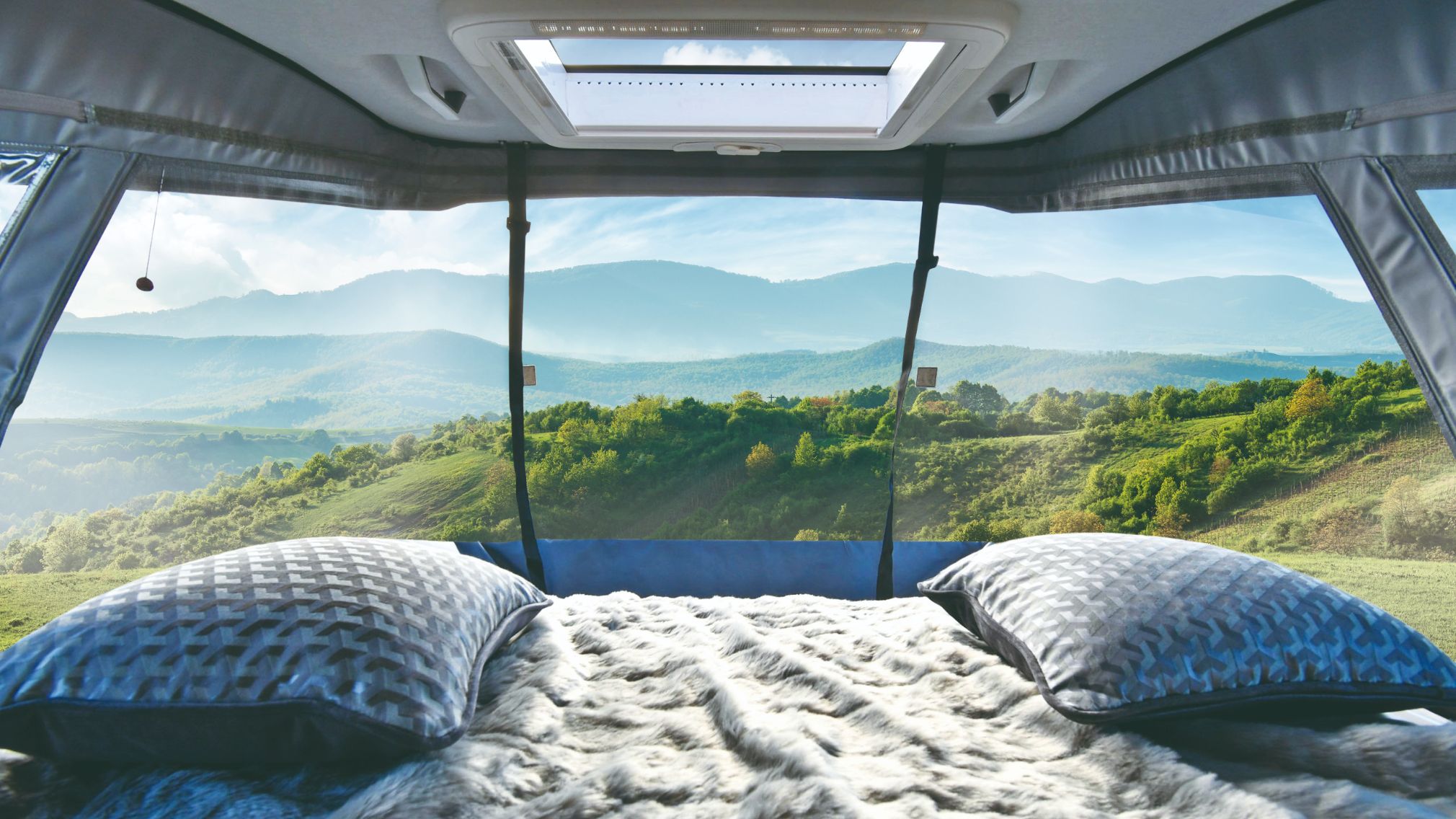 Keeping up with current trends, Elddis – which introduced van conversions to its Autoquest line-up less than three years ago, now has its latest addition in the form of the CV80 – complete with elevating roof. It’s effectively an upgrade of the current CV40, but with two extra berths.

Base vehicle is the 6m-long version of Fiat’s Ducato, powered by the 2.3-litre, 140bhp engine with six-speed manual transmission. Power upgrades and Fiat’s latest automatic transmission are on the options list.

At “floor level”, it’s a UK favourite layout with twin settees in a rear lounge with windows to three sides and that facility to fling open the back doors when you’re parked up and just take in whatever stunning views you’ve encountered.

The Autoquest CV80 also has a second lounge, at the front, thanks to a double travel bench and the facility to swivel both cab seats around a table with a swing-out extension. Overhead, a Heki Midi provides valuable light and ventilation.

There’s a step down from here to the rest of the living area, where mid-‘van are the kitchen and washroom, the former complete with a slimline Thetford 90-litre compressor fridge, set over what is nominally a wardrobe but could well end up being used as a food store.

Other kitchen facilities in the Autoquest CV80 campervan include a Thetford Triplex three-burner hob and oven/grill combination, plus a circular sink. There’s good drawer storage, as well as a worktop extension.

The washroom represents more of a compromise. For showering, the tap outlet is on an extendable hose, and you’ll also need to use a rather inhibitive curtain.

Also here are a swivel-bowl toilet and countertop basin, plus a small vanity unit and two open shelves. There’s full marks for including a window

At night, those rear settees convert to a transverse double bed of some 1.85m x 1.30m. Arguably, though, it’s the larger 2.08m x 1.43m mattress on a slatted base in the raised roof of the Autoquest CV80 that is the better sleeping option.

True, you’ve only got canvas sides here, and access – aided by a ladder – is always going to be at least slightly tricky. But one of the key advantages – certainly if you’re a couple – is you can leave the downstairs in “daytime mode”.

The roof section itself is fairly easy to operate. It’s made using a process called LFI (Long Fibre Injection Moulding), which makes it lighter but otherwise just as durable as the more typical GRP used by rivals.

There’s another gold star to Elddis for optimising the internal storage – such a critical aspect of any van conversion. Fittings like the 25-litre gas tank and Whale’s CompleteHeat 4.3kW (combined gas and mains electric) heating plus Expanse eight-litre hot water tank, all fitted to the Autoquest CV80’s underside, help free up valuable locker space.

On the downside, payload is tight if you’re considering four-person use. And, while the fresh water tank is 90 litres there’s only 45 litres for grey waste.

Just hold steady with that starting price. The £1,218 you’ll pay for the essential Lux Pack (for cab air conditioning, passenger airbag and cruise control) is nigh on essential (it will also lop some 20kg off your payload). In honesty, the grey metallic paint and 16in alloy wheels options help the Autoquest CV80 forge its identity.

Plus, if you do want extra kit as standard, and are prepared to pay a bit more, do also check out various dealers’ special edition versions of this model. And don’t forget there’s the badge-engineered Compass Avantgarde CV80, too.

Plus: Front and rear lounges, large and comfortable roof bed

Minus: Limited washroom, tight on payload

In-a-nutshell: A feasible four-berth van conversion thanks to its elevated status 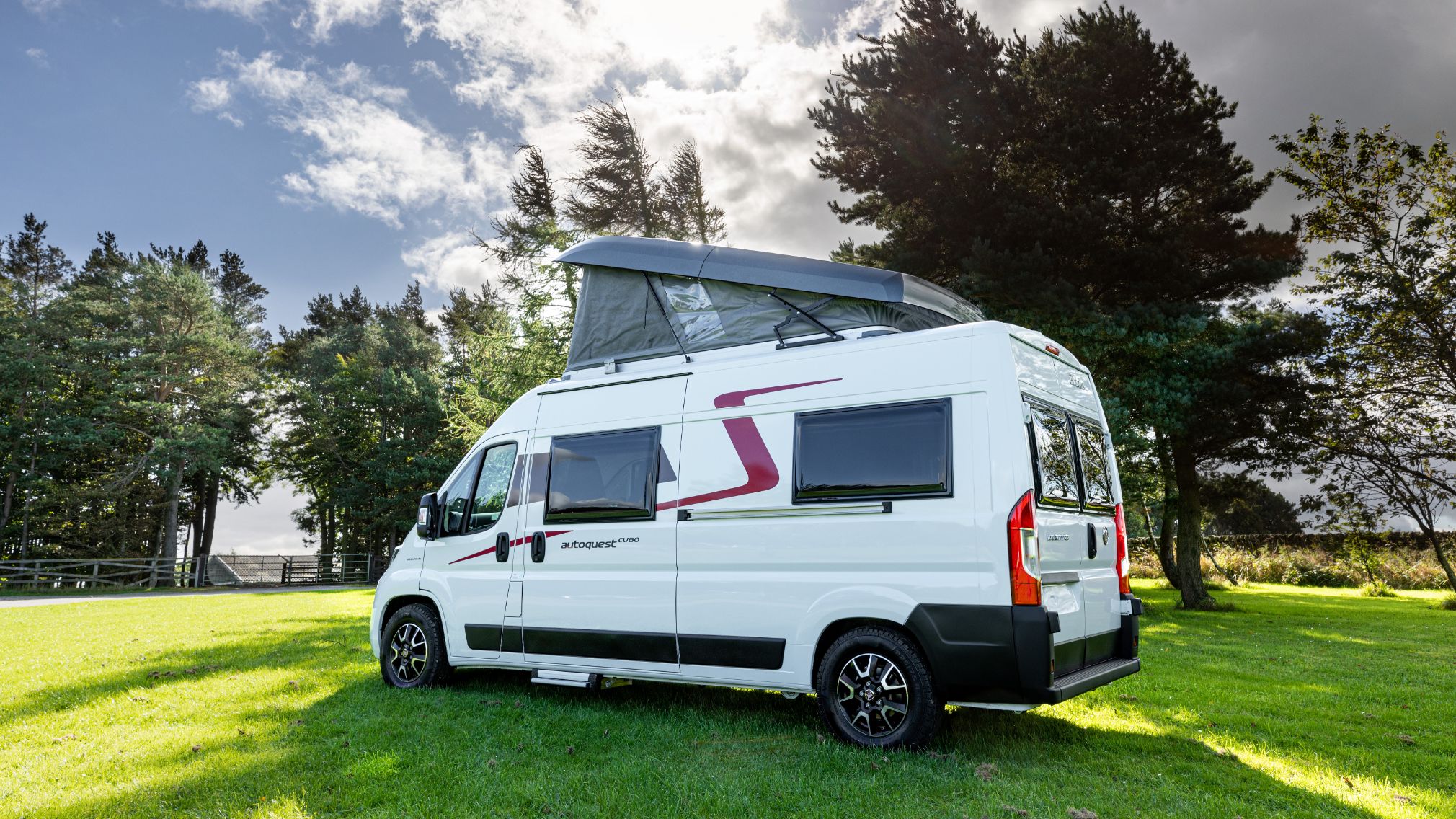 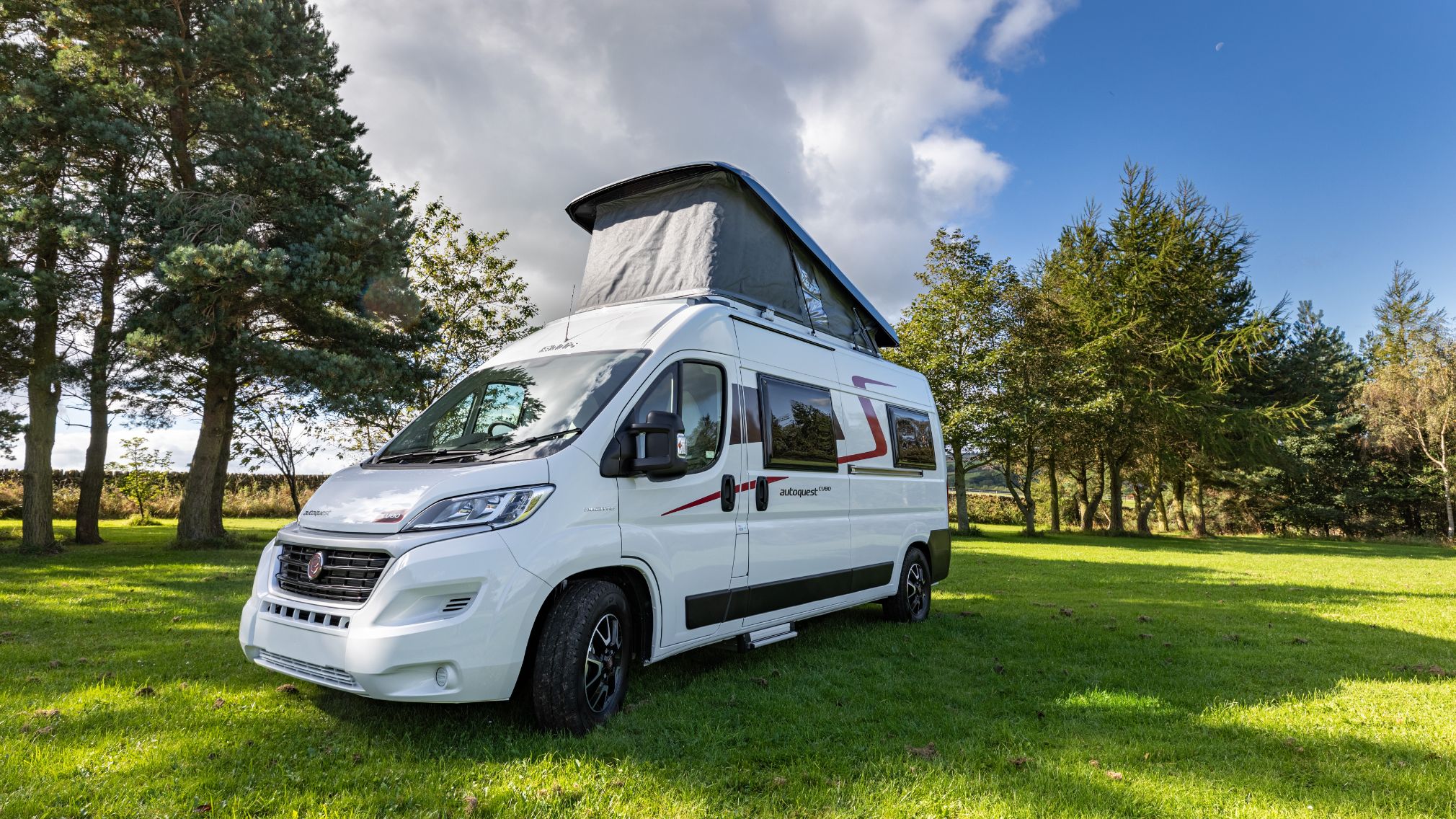 The Pop-Top that Raises the Bar 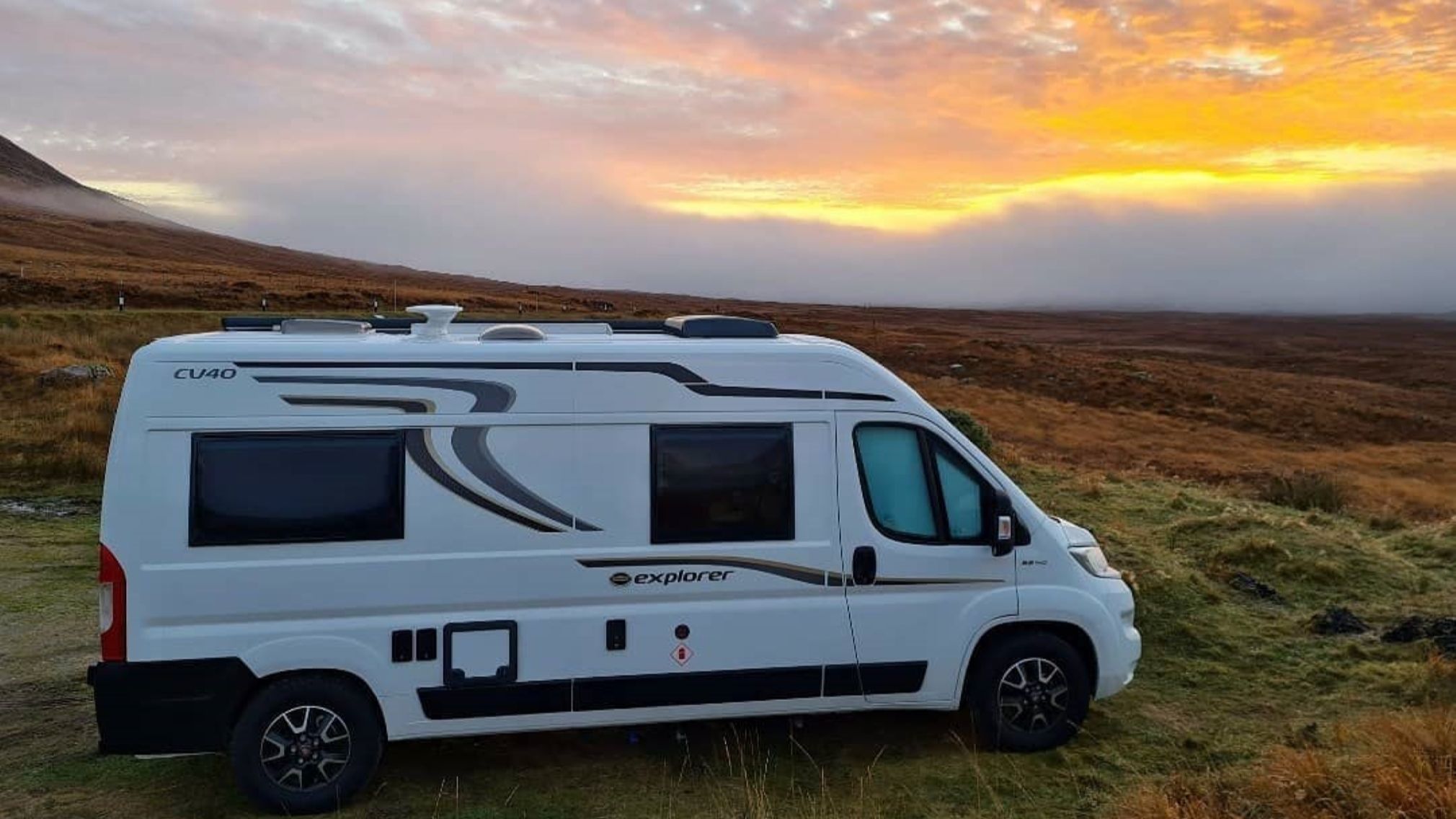 Hitting the Highlands in our new Elddis Campervan