Adoption Update: Pino the Motorhome Cat is coming to the UK! 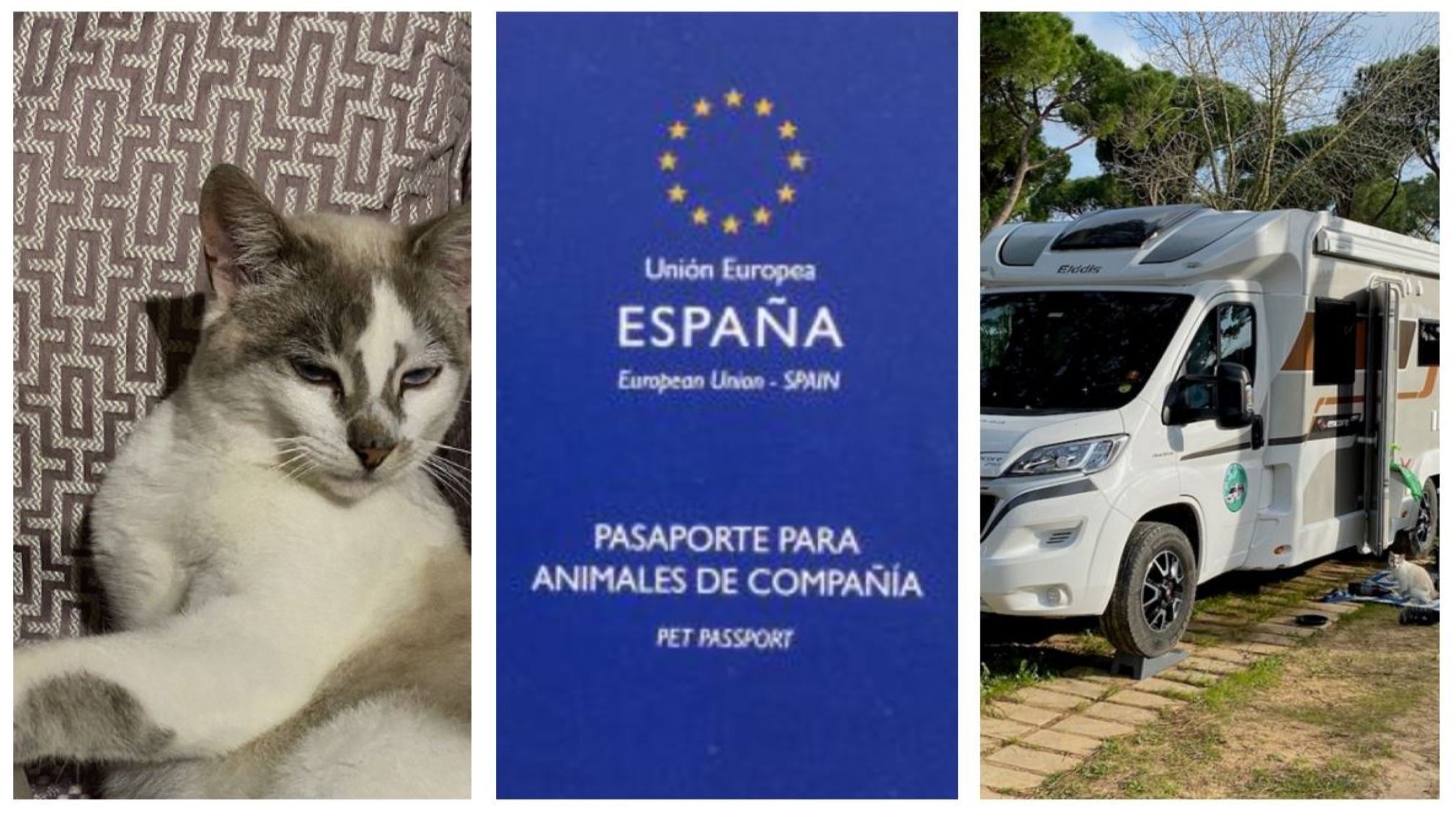 News Update from Pino the Cat 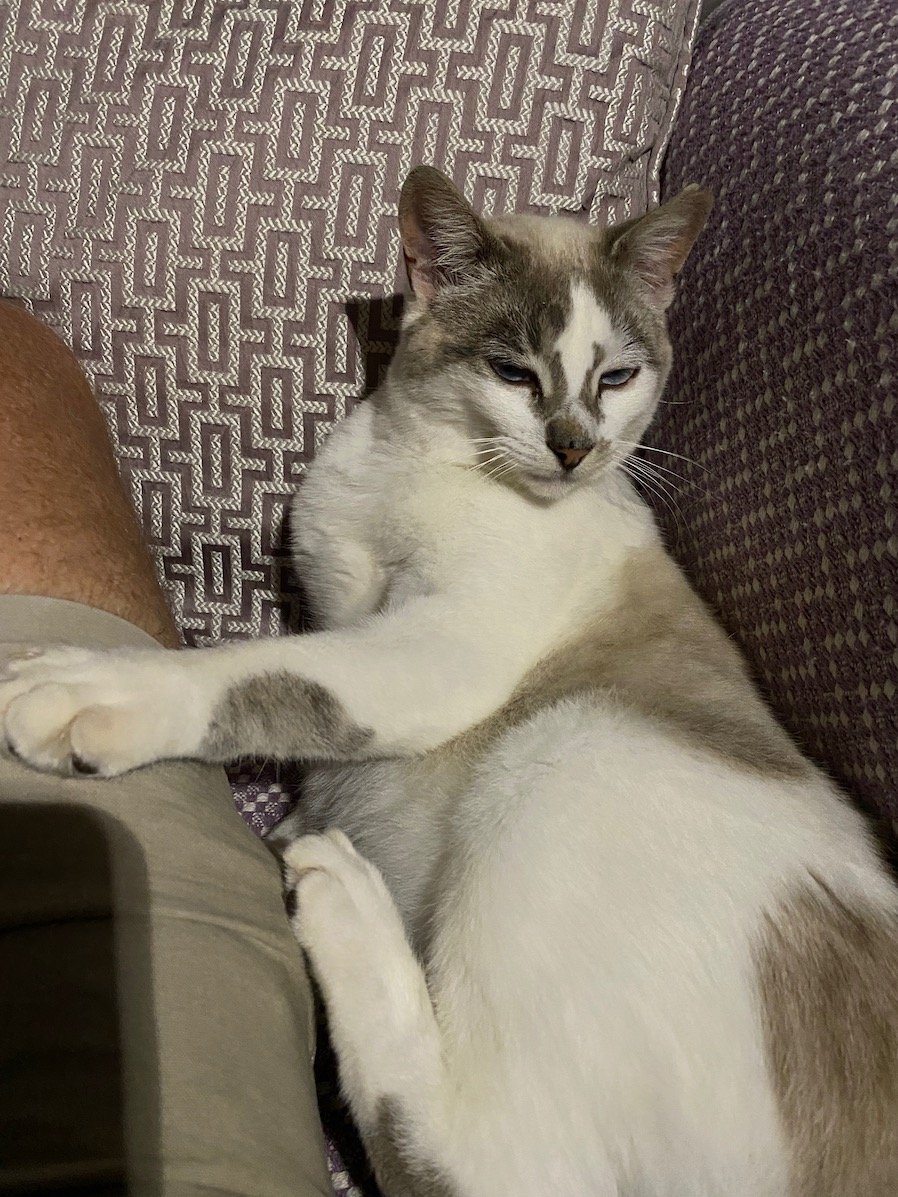 This is the cat's whiskers!

Well, hi there again! This week has been a strange one for me. On Monday (it seems you humans have names for the days), the humans stuffed me back into a black box again and I remembered from the last time that something bad was going to happen. I have not been the boy I was since that visit... 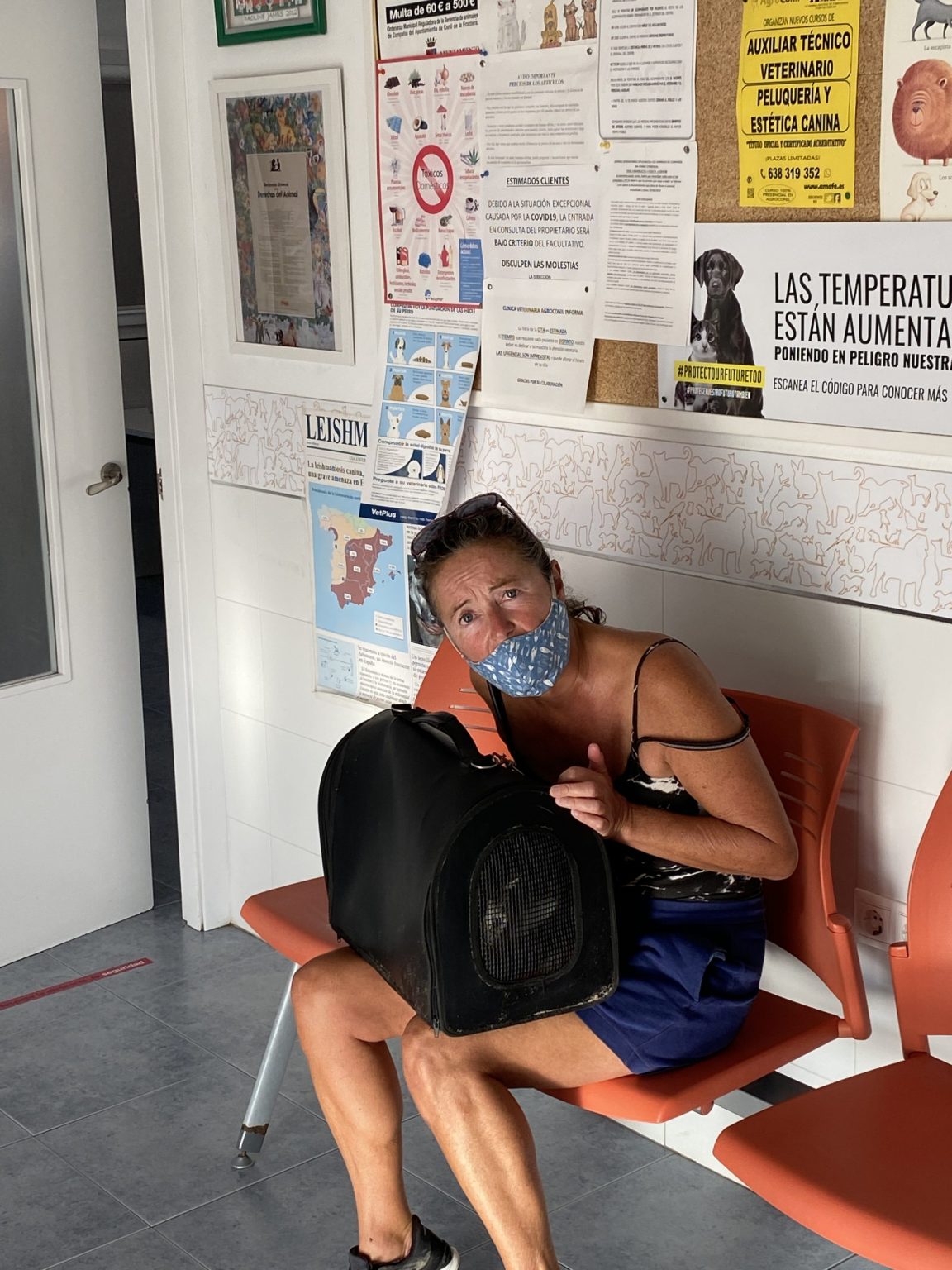 So, I squealed and complained, but to no avail. I was taken to the Vet place again. They gave me a lot of tests and it seems that I am an extremely healthy cat! All good news you would think, but then they put something called a microchip into me and they gave me something called a ‘Passport’. 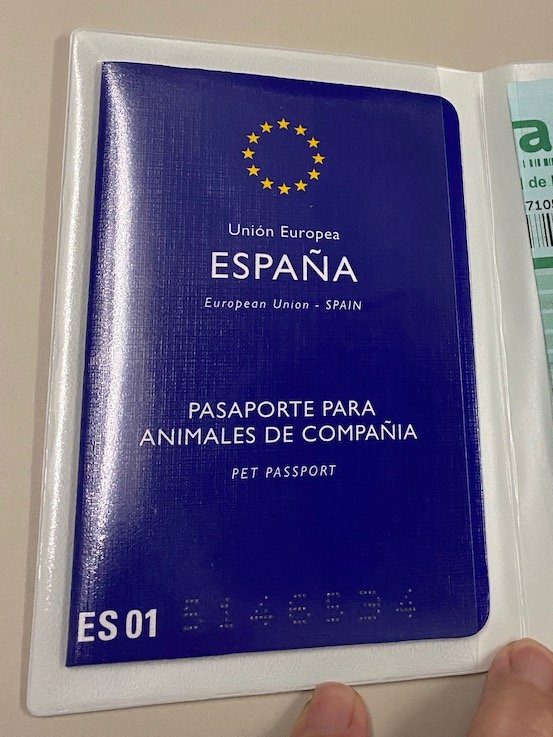 I got a Passport and I'm coming to the UK!

Seemingly with this ‘Passport’ I can go anywhere with the male human as my ‘Passport’ is now linked to his. He told me that they are taking me to ‘Brexitland’ which sounds exciting, as they have lots of shellfish and I like that. 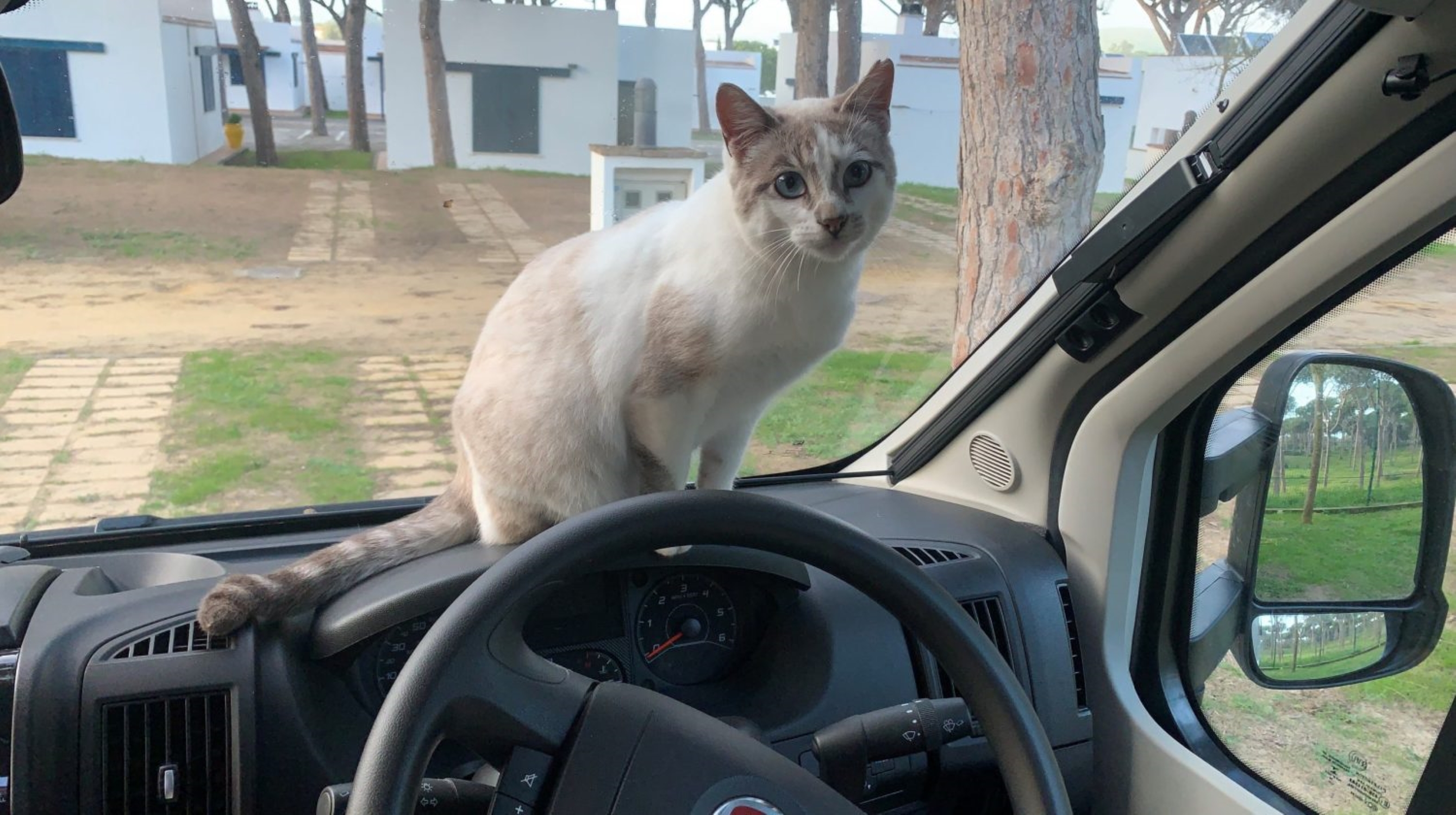 I am going to stay with some of their friends while they take a final look around the local area, here in Spain. Travelling in ‘Buster’ for weeks would not suit me and I’ve been promised these friends have lots of my favourite prawn heads, so I don’t mind!

I now sleep indoors in Buster on windy and rainy nights. I have my own spot, as I have moved Karen off her seat. She has moved the big human off his, so all is fine, he can sit on the floor if he likes. I am quite excited really as I have not travelled before, so it will be an adventure! 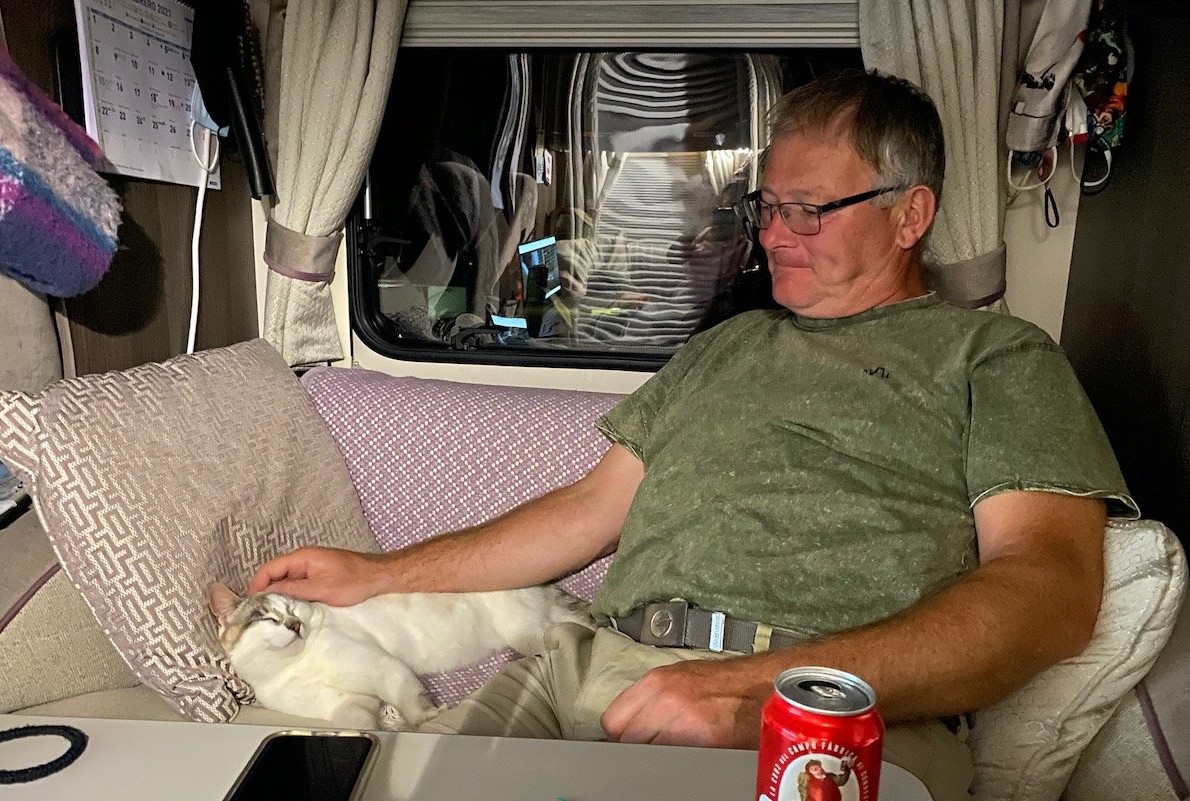 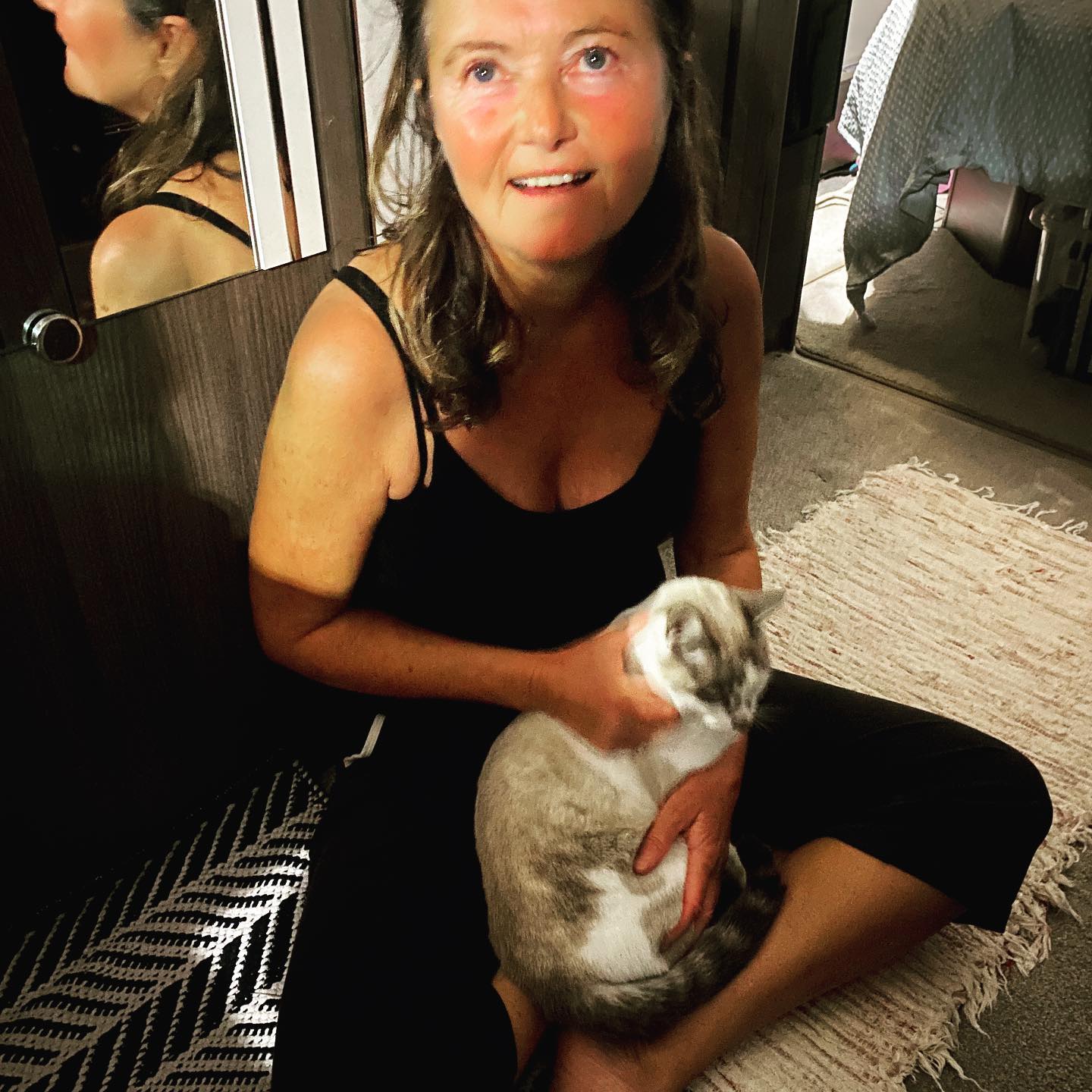 Also, they have bought me presents: a big bed and toys plus something called a lead, a collar and a harness. I don’t know what the last three are for, but they sound like fun, don’t they?

Because they are taking me home to England with them, they have had to delay their return to get a Pino-friendly cabin on the ferry. I think they’re taking this new cat parent malarkey very seriously! England, here I come!! 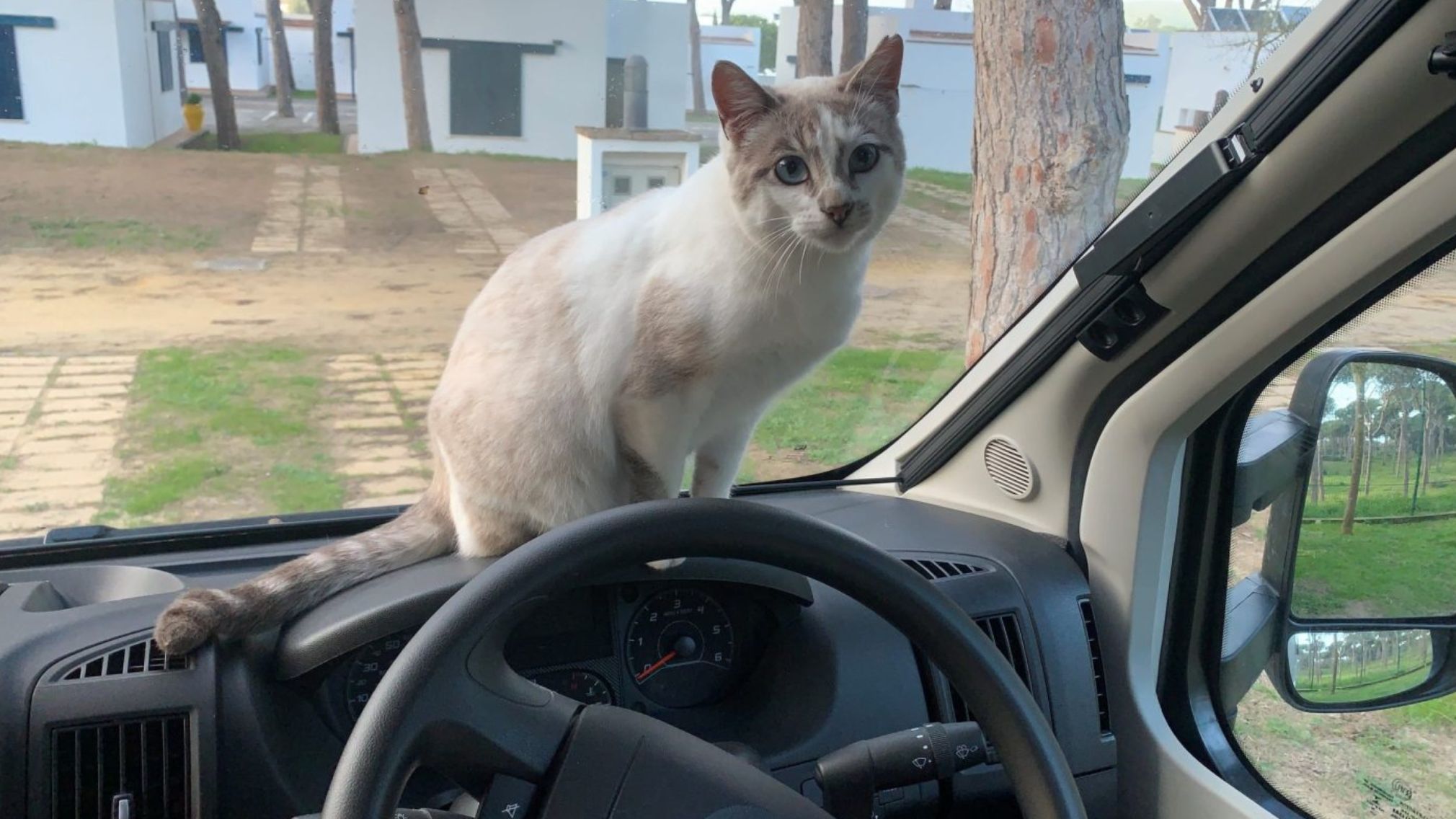 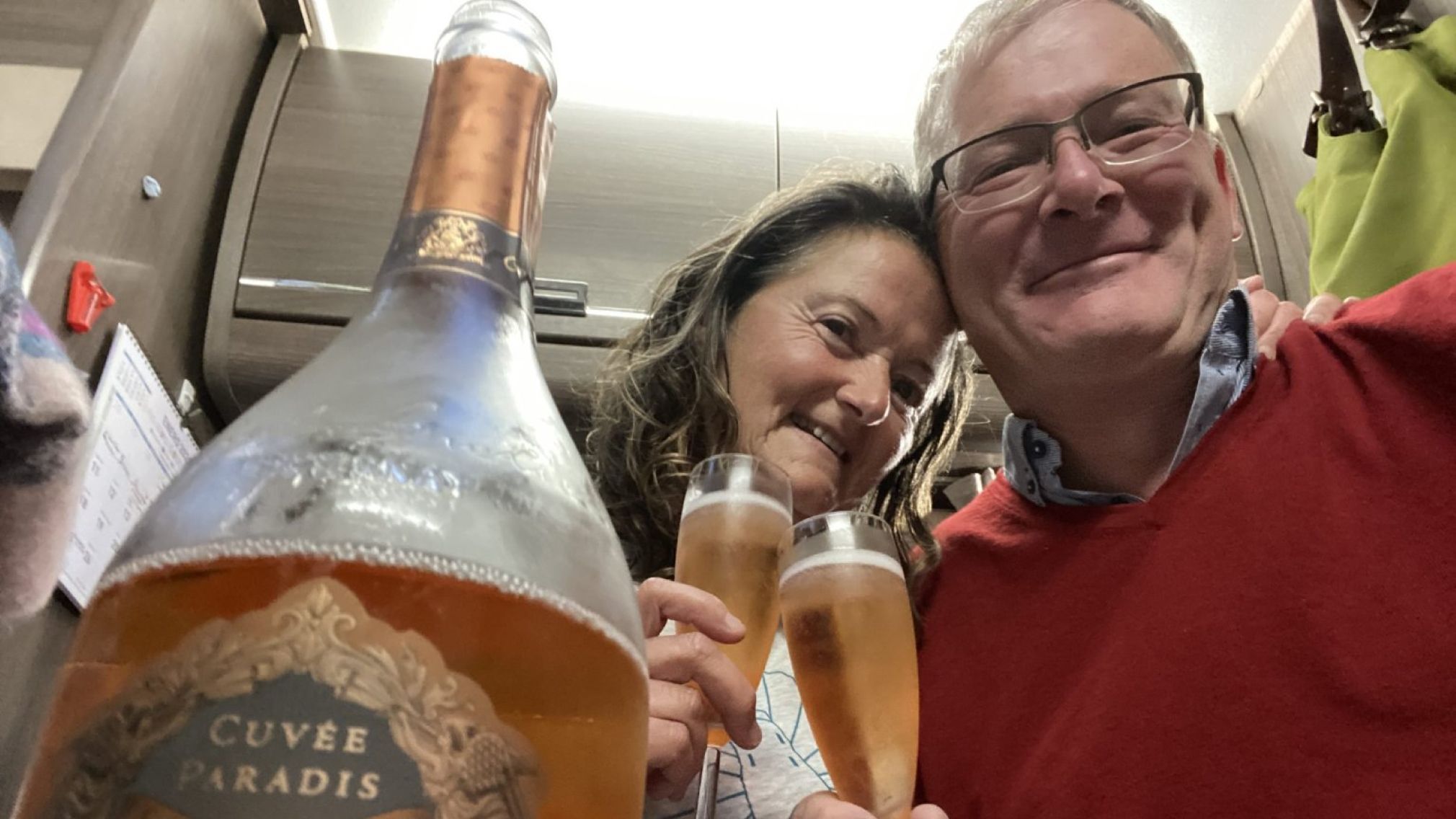 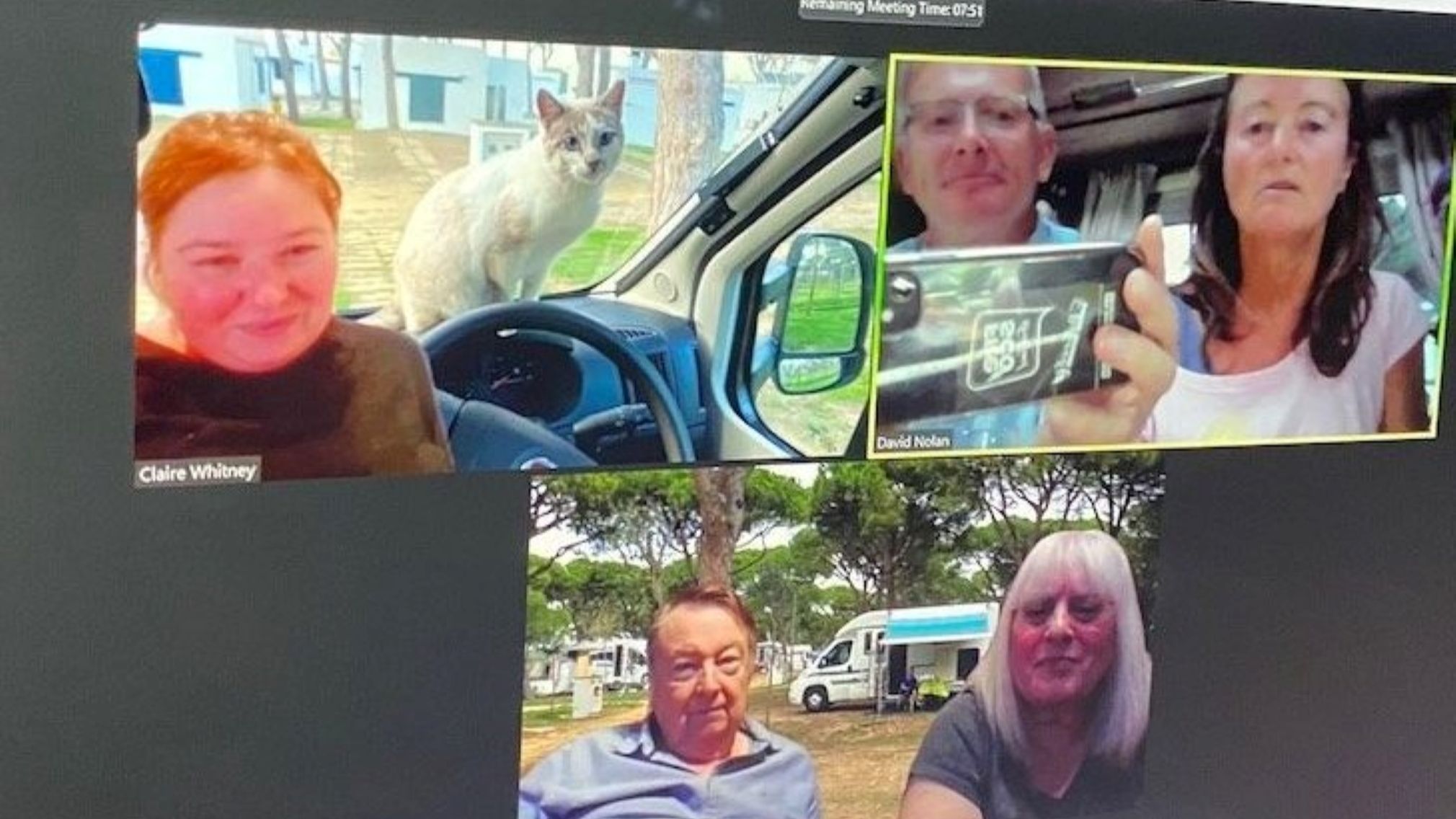